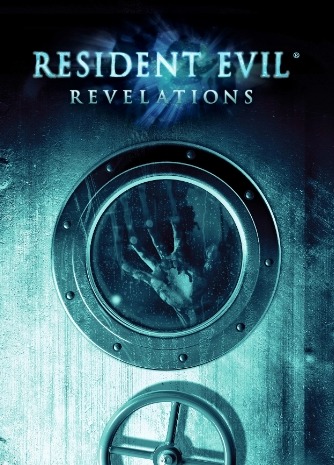 Resident Evil: Revelations is a survival horror video game developed by Capcom and originally released for the Nintendo 3DS handheld game console in 2012. Set between the Resident Evil titles Resident Evil 4 and Resident Evil 5, the game follows counter-terrorism agents Jill Valentine and Chris Redfield as they try to stop a bioterrorist organization from infecting the Earth's oceans with a virus. The game features a single-player mode where the player must complete a series of episodes that involve solving puzzles and defeating enemies, and a multiplayer mode where players may fight their way through altered single-player scenarios.

Revelations emphasizes survival, evasion, and exploration over fast-paced combat by providing the player with limited ammunition, health, and movement speed. It was designed to bring back the content and horror of the series' roots, while at the same time trying to modernize the gameplay. Revelations was also the first game to support the Nintendo 3DS Circle Pad Pro outside Japan. The game was a moderate commercial success and received generally positive reviews from video game publications. Several critics praised its graphics, sound effects, and horror setting, but some criticized its inconsistent gameplay between scenarios.

A high definition (HD) version was released for Microsoft Windows, PlayStation 3, Wii U, and Xbox 360 in 2013, and for PlayStation 4, Xbox One, and Nintendo Switch in 2017. This version does not support the 3D capabilities of the Nintendo 3DS but features upgraded graphics and other minor changes. Across all platforms, the HD version sold more than two million copies worldwide but received less critical praise than the Nintendo 3DS version. A sequel, Resident Evil: Revelations 2, was released in 2015.

Resident Evil: Revelations is a survival horror game where the player controls the on-screen character from a third-person perspective to interact with the environment and enemies. In the game's single-player campaign, the player must complete a series of scenarios collected together into episodes. Most of the scenarios involve the player controlling Jill Valentine aboard a ghost ship in the Mediterranean Sea, but some require the player to play as other characters in different settings. To finish a scenario and proceed to the next one, the player must complete certain objectives such as solving puzzles, defeating a boss, collecting keys that open doors to new areas, and reaching a specific point in the game, among others.

As a survival horror game, Revelations emphasizes survival, evasion, and exploration over fast-paced combat by providing the player with limited ammunition, health, and movement speed. The player has the ability to run, climb ladders, swim and dive underwater for a limited period of time. Up to three firearms can be carried at one time, in addition to grenades and the standard combat knife. Firearms range from handguns to shotguns, submachine guns and rifles. When aiming a firearm to shoot enemies, the gameplay switches into either a first-person or an over-the-shoulder perspective. As Valentine, the player can upgrade firearms by finding special items throughout the game. The player may also perform melee attacks when an enemy has been stunned after being shot at the right time. Ammunition and health suppliers are dispersed among the game to help players increase their resources. A device called Genesis can be used to scan and find items hidden throughout the game's environments. An automap feature is available to help players navigate the game.

In addition to the single-player campaign, Revelations offers a more action-oriented mode, called Raid Mode, where one or two players may fight their way through a selection of altered scenarios from the single-player campaign. These usually feature enemies of varying power for the player to defeat. Once a scenario has been completed, the player is rewarded with experience and battle points that can be exchanged for various weapons and items at a store. Gaining experience and acquiring new equipment allow players to progress to higher and more challenging scenarios. As the player progresses throughout the game, the player may also unlock numerous characters for use in both the single-player campaign and Raid Mode, with each character having a different set of abilities and melee attack. The game supports a StreetPass functionality that allows different players to exchange items for use in the game.

Revelations is set between Resident Evil 4 and Resident Evil 5, shortly after the establishment of the counter-terrorism group Bioterrorism Security Assessment Alliance (BSAA). One year prior to the game's events, the Federal Bioterrorism Commission (FBC) sent agents Parker Luciani and Jessica Sherawat to keep the city of Terragrigia under control after the bioterrorist organization Il Veltro launched an attack using genetically modified living creatures in opposition to Terragrigia's solar energy development. In the present, BSAA head Clive R. O'Brian sends out BSAA agents Jill Valentine and Parker to search for BSAA agents Chris Redfield and Jessica at their last known location, the cruise ship Queen Zenobia in the Mediterranean Sea. They have reportedly gone missing during their mission to investigate Veltro's possible reappearance.

Aboard the ship, Jill and Parker enter a room where they believe Chris is being held, realizing too late that it was a trap set by a Veltro operative. Meanwhile, Chris and Jessica find a base of operations for Veltro; the Valkoinen Mökki airstrip in the mountains. Being informed by O'Brian that Jill and Parker are missing in the Mediterranean, they are redeployed to investigate their whereabouts. O'Brian also sends BSAA agents Quint Cetcham and Keith Lumley to Valkoinen Mökki to gather information. Awakening in separate locked rooms, Jill and Parker manage to regroup and witness a video transmission of a Veltro member threatening to infect one-fifth of the Earth's oceans with the T-Abyss, which was created in retaliation to the FBC for their involvement in the destruction of Veltro's forces on Terragrigia. Jill and Parker reach the ship's antenna to request evacuation but learn that FBC director Morgan Lansdale activated a satellite attack on the Queen Zenobia, which floods the ship with water.

Chris and Jessica arrive at the Queen Zenobia and eventually meet with Jill and Parker. The team is confronted by the Veltro operative, but Jessica shoots him before he reveals details of a larger conspiracy. Parker unmasks him to discover that he was his FBC partner Raymond Vester. He seemingly dies after whispering something to him. Afterward, Chris and Jill make their way to the ship's laboratory to stop the virus from contaminating the sea, while Parker and Jessica search for a way to stop the ship from sinking. As told by Vester, Parker turns his gun on Jessica, suspecting her of being an FBC mole. Jessica wounds Parker and initiates a self-destruct sequence before escaping. Vester reveals himself to be alive and working with O'Brian. Having found the laboratory, Chris and Jill are confronted by Lansdale via a video uplink, revealing that he worked with Veltro in the Terragrigia panic in an effort to increase the FBC's funding and international influence. The pair neutralizes the virus and proceeds to an extraction point.

O'Brian informs Chris and Jill that he had orchestrated the events in an effort to gather evidence of Lansdale's involvement in Terragrigia. He also informs them of the results from Keith and Quint's data analysis: the existence of a sister ship below the ruins of Terragrigia, which was destroyed by Lansdale to eliminate incriminating evidence of his involvement. However, Lansdale then proceeds to arrest O'Brian, cutting off communications. In the sister ship, Jill and Chris search for Veltro leader Jack Norman, knowing that he holds evidence against Lansdale. However, he has gone delusional and survived a year by injecting himself with T-Abyss. After a long battle, Chris and Jill defeat him and broadcast the video, exposing Lansdale. As a result, O'Brian is released and the FBC is dissolved. In the end, it is revealed that Parker was ultimately saved by Vester. In a post-credits scene, Vester approaches Jessica at a cafe and gives her a sample of the T-Abyss. She asks him why he saved Parker, with him replying that he "had his reasons".