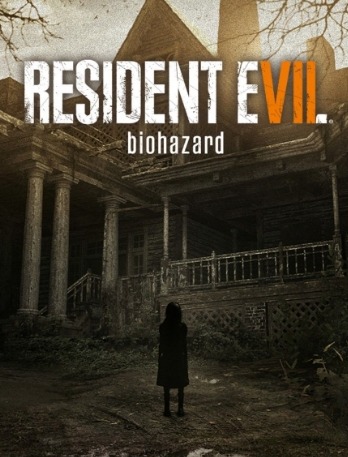 Resident Evil 7: Biohazard is a survival horror game developed and published by Capcom, released in January 2017 for Windows, PlayStation 4, and Xbox One, and in May 2018 for the Nintendo Switch in Japan. Diverging from the more action-oriented Resident Evil 5 and Resident Evil 6, Resident Evil 7 returns to the franchise's survival horror roots, emphasizing exploration. The player controls Ethan Winters as he searches for his wife in a derelict plantation occupied by a cannibal family, solving puzzles and fighting enemies. It is the first main series game to use a first-person view.

Resident Evil 7 is the first full-length game to use Capcom's in-house RE Engine. The development was led by Koshi Nakanishi, director of the 2012 Nintendo 3DS game Resident Evil: Revelations. It was presented as a virtual reality demo, Kitchen, a year prior to its announcement at E3 2016, and supports the PlayStation VR headset. Resident Evil 7 was considered a return to form for the series; critics praised the gameplay, graphics, and design, but criticized the boss battles and the final chapter. The PlayStation VR version received positive reviews, with some criticism including decreased resolution and physical discomfort. As of December 2018, the game has sold over six million copies worldwide. Two downloadable content scenarios, Not a Hero and End of Zoe, were also released for the game.

The player controls Ethan Winters from a first-person perspective as he searches the Baker house for his missing wife. Although Ethan is a civilian with few combat skills, he is able to arm himself with a variety of weapons including handguns, shotguns, flamethrowers, explosives and chainsaws against the Baker family and a humanoid form of fungus known as the "Molded". He can also block attacks to reduce damage. Various sections of the game are spent being pursued by members of the Baker family, who, if engaged in combat, can only be temporarily incapacitated. However, these encounters are avoidable by means of stealth, or running away.

Unlike Resident Evil 5 and Resident Evil 6, the gameplay emphasizes horror and exploration over action. The inventory uses a grid-based system with an initial capacity of 12 slots, but may be expanded several times over the course of the game. An item can occupy up to two spaces, and four items may be assigned to the D-pad. Item boxes found in save rooms may also be used to manage and store items, and can be retrieved from different item boxes for later use. Items in the inventory can be used, examined, or combined with other items to increase their usefulness. Many of the game's puzzles require that items be examined under certain conditions in order to reveal secrets. Tape recorders can be used to manually save the game's progress, which, depending on the given difficulty level, may require the use of a cassette tape. Videotapes are scattered for Ethan to find, which place the player in the perspective of a different character, often revealing plot information or clues needed to solve a puzzle. The PlayStation 4 version is playable in virtual reality using the PlayStation VR headset.

In June 2017, Ethan Winters is drawn to a derelict plantation in Dulvey, Louisiana, by a message from his wife, Mia, who has been presumed dead since going missing in 2014. He finds Mia imprisoned in the basement of a seemingly abandoned house, but she becomes violent and attacks him, forcing him to kill her. After receiving a call from a woman named Zoe offering assistance, Ethan is attacked by a revived Mia, who cuts his hand off. Jack, the patriarch of the Baker family, captures Ethan. After Zoe reattaches his hand, Ethan is held captive by Jack, his wife Marguerite, their son Lucas, and an elderly catatonic woman in a wheelchair. Ethan escapes but is pursued around the house by Jack, who has powerful regenerative abilities. In the basement, Ethan discovers reanimated monsters known as Molded. Zoe reveals that she is Jack's daughter, and that the family and Mia are infected, but can be cured with a special serum. Ethan makes his way to an old house to retrieve the serum ingredients, kills Marguerite, and has visions of a young girl. Lucas captures Zoe and Mia and forces Ethan to navigate a booby-trapped barn to find them. Ethan chases away Lucas and frees Zoe and Mia. Zoe develops two serum doses, but they are attacked by Jack, now heavily mutated; Ethan kills him using one of the serums.

Ethan must choose to cure either Mia or Zoe. Choosing Zoe leaves Mia heartbroken, despite Ethan's promise to send help. As he and Zoe flee on a boat, Zoe reveals that the Bakers were infected after Mia arrived with a young girl named Eveline when the wreck of a tanker ship washed ashore. Eveline stops their escape by calcifying Zoe, killing her, and Ethan is knocked from the boat by a creature. If Ethan chooses Mia, Zoe gives a bitter farewell to him and Mia. As he and Mia flee on a boat, they come across the crashed tanker, where they are attacked by the creature and knocked from the boat. Mia awakens after she was knocked off the boat and searches the wrecked ship for Ethan while experiencing visions of Eveline, who refers to Mia as her mother. Eventually, Mia's memory is restored, revealing that she was a covert operative for a corporation that developed Eveline as a bioweapon. Mia and agent Alan Droney were to escort Eveline as she was transported aboard the tanker; Eveline escaped containment, killed Alan, and sank the ship. She infected Mia in an effort to force her to be her mother. Mia finds Ethan and gives him a vial of Eveline's genetic material.

If Ethan cured Mia, she resists Eveline's control long enough to seal Ethan out of the ship; if he cured Zoe, Mia succumbs to Eveline's control and attacks Ethan, forcing him to kill her. Ethan discovers a hidden laboratory inside an abandoned salt mine. He learns that Eveline is a bio-organic weapon capable of infecting people with a psychotropic mold that gives her control over her victims' minds, resulting in insanity, mutation, and superhuman regenerative abilities. Eveline grew up obsessed with having a family, driving her to infect Mia and the Bakers and lure Ethan. Lucas was immunized against Eveline's control by her creators, The Connections, in exchange for providing observations on her. Using the lab equipment and Eveline's genetic material, Ethan synthesizes a toxin to kill her, and proceeds through tunnels that lead back to the Baker house. He overcomes Eveline's hallucinations, and injects Eveline with the toxin. She reverts to her other form, the elderly woman in a wheelchair; Eveline has been rapidly aging since escaping. Eveline mutates into a large monster and, aided by the arrival of a military squad led by Chris Redfield, Ethan kills her. The squad extracts Ethan (and Mia if she was cured) by helicopter branded with the Umbrella Corporation logo.