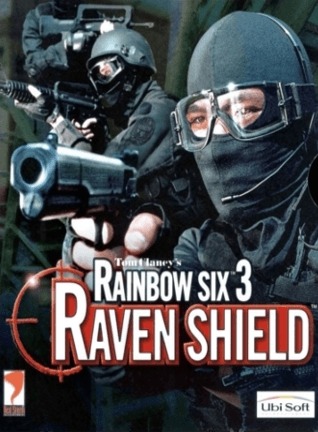 Based on the Unreal Engine 2.0, Raven Shield is a tactical shooter with realistic properties. Raven Shield moved toward mainstream first-person shooters like Counter-Strike, adapting various features absent in previous versions. These included the ability to see one's weapon while in the first-person view, many new weapons and upgrades (including larger magazines and sights), and a redesigned multiplayer.

A console version, entitled Rainbow Six 3, was developed for the Xbox, PlayStation 2, and Nintendo GameCube. This iteration of the game features the same basic engine, models, textures, and artwork, but with significantly different game mechanics, gameplay, and storyline. A port was also released on Mac OS X on December 19, 2003. Due to the console version's success on the Xbox and the popularity of its subscription-based online multiplayer service, Xbox Live, an Xbox-exclusive semi-sequel was released in 2004 titled Rainbow Six 3: Black Arrow. The next full game in the Rainbow Six series, Rainbow Six: Lockdown, was released in 2005.

In 1945, two high-ranking members of the Nazi-sponsored Ustaše regime in the puppet Independent State of Croatia manage to escape the country with vast amounts of Croatian Holocaust-era loot, just before Allied troops move into Zagreb and Belgrade with the help of Partisan troops. Croatia ceases to exist as an independent state, and a new Yugoslavia is created by the Partisans. The two former Croatian officials are nowhere to be found.

Sixty years later, in 2005, elite multinational counter-terrorism task-force Rainbow finds itself investigating a series of attacks by neo-fascist terrorists against South American oil interests and European financial institutions. The squadron is enlisted to ascertain their location and find out who is ultimately behind these incidents.

Rainbow eventually traces the source of the attacks to Argentina, where Croatian-born billionaire businessman Nikola Gospić and far-right Argentine Presidential candidate Alvaro Gutierrez are implicated. Rainbow learns that Gospić is an escaped Ustaše official, one of the two men shown escaping with Holocaust loot in the game's opening cutscene. Dying of liver cancer, Gospić plans to leave the world one last legacy of hatred from World War II by using his vast wealth to resurrect global fascism. To this end, he has procured a large stockpile of chemical weapons, including VX nerve gas and blister gas.

Gospić, through his ownership of a meat-packing plant, attempts to contaminate large quantities of beef with VX before shipping it off to dozens of countries across the world. Rainbow foils this scheme by raiding the plant and confiscating the nerve agent before it is allowed to proliferate. Gospić then tries to attack Rio de Janeiro with a blister gas bomb hidden inside a float in the Festa Junina parade. Rainbow launches a final assault on Gospić's operation, preventing the planned attack and killing Gospić himself in the process.

Afterward, John Clark interrogates the captured Gutierrez and learns the full details of the operation. Gospic's plan was to first buy South American oilfields and then kill hundreds of thousands of people throughout the continent, creating an economic crisis and causing the price of the oilfields to plummet. He would then use the massive oil proceeds to finance a new international Fascist movement, which would then invade each of the former Yugoslav territories to create a new Greater Croatia under neo-fascist rule and to finally have his revenge against the Allies for destroying the Ustaše movement. Gutierrez admits that Gospić was financing his presidential campaign in exchange for political protection, referring to him as "a raven picking the bones of an old war", and that he would shield the former Croatian official until his children were ready to fly. However, Gutierrez admits that since Gospić is now dead and he himself is going to jail, none of it matters anymore.