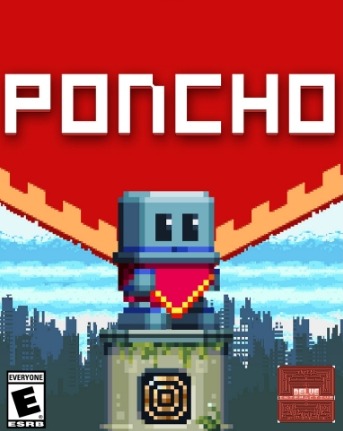 Released for Windows, Macintosh, and PlayStation 4 on November 3, 2015, and PlayStation Vita and Wii U on August 18, 2016, Poncho (stylized as PONCHO) is an action game developed by Delve Interactive.

The game consists of a robot and a poncho. Humanity has disappeared and only robots remain. Players make their mission through the world of pixelated parallax to find Poncho, their maker, and save humanity.

The game was a commercial failure. In a blog post at Gamasutra published over a year after the game's release, Dan Hayes, a developer at Delve stated their company had "not yet made a single penny from Poncho". He further blamed Rising Star Games for a lack of support; the publisher responded by stating that Delve had consistently missed milestones.