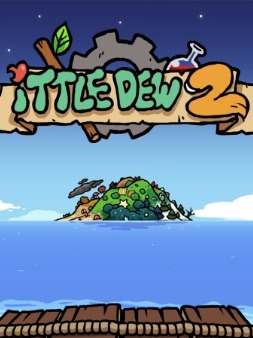 Ittle Dew 2 is an action-adventure game developed by Swedish indie studio Ludosity and published by Nicalis, and the sequel to the 2013 title Ittle Dew. Ittle Dew 2 was released for Microsoft Windows, PlayStation 4, and Xbox One on November 15, 2016. An updated version of the game entitled Ittle Dew 2+ was released for the Nintendo Switch on November 14, 201; the updated content was eventually released on the Windows version on May 26, 2019. The Nintendo Switch is the only platform that received a physical release of the game.

The protagonist Ittle and her blithe buddy Tippsie ended up stranded on the island after their raft breaks apart and they must head out and recover the eight raft pieces before they can leave.

The game makes the player complete any challenge by solving the puzzles, the player must pick up the abilities and items to help the puzzle to be solved. There are enemies to fight, puzzles to solve and keys to collect before taking on the dungeon's boss.

According to review aggeragor Metacritic it has a score of 77, on Gamerankings it has 75.80%, on Hardcore gamer it has 3.5/5, while on Nintendo Switch review it has 8/10 score.