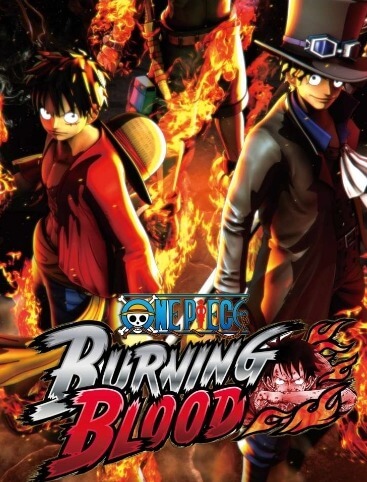 One Piece: Burning Blood is a fighting video game developed by Spike Chunsoft and published by Bandai Namco Entertainment. Based on the One Piece franchise, it was released for PlayStation 4, PlayStation Vita, Xbox One and Microsoft Windows. It is the first One Piece video game to be released on an Xbox video game console. It was released in Japan on April 21, 2016, in North America on May 31, 2016, and in Europe on June 3, 2016. The Windows version was released in North America on September 1, 2016, and in Europe on September 2, 2016. The game was not released for Xbox One in Japan.

One Piece: Burning Blood is a fighting game, which features a cel-shaded artstyle, similar to the One Piece anime. The game also features an "advanced battle system", which allows players to perform stronger attacks and block normal attacks from enemies. Similar to the Grand Battle! series, Burning Blood is a 1-on-1 (and up to 9 vs 9) fighting game. It focuses on fighting as well as devil fruit abilities, with Logia users being able to use their powers to avoid damage.

It currently holds an aggregated score of 66 on Metacritic, indicating "mixed or average reviews", based on 40 reviews. IGN awarded it a score of 6.5 out of 10, saying "One Piece: Burning Blood is a bit too much for the uninitiated, and a bit too little for One Piece stalwarts." Destructoid awarded it 5.5 out of 10, saying " The combat here just isn't that fun, and no amount of colorful anime action will change that." Game Rant awarded it 2.5 out of five, saying "Even the gorgeous visuals created by developer Spike Chunsoft can’t save One Piece: Burning Blood from its biggest flaw, however: most of the time, the game seems dull" Hardcore Gamer awarded it a score of 3 out of five, saying "One Piece: Burning Blood is one of those middle of the road games that makes game reviewers weep...Neither good nor bad, it exists." Famitsu awarded it four scores of 8 out of 10, which equaled an overall score of 32/40.