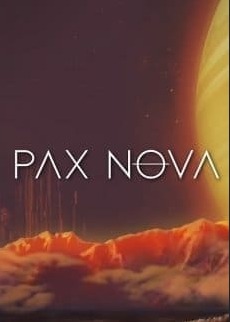 Pax Nova is a Sci-fi turn-based strategy game developed by Portuguese studio GreyWolf Entertainment and published by Iceberg Interactive. It will be available on Steam Early Access on Windows PC in 2019.

In Pax Nova, players can either choose one of already existing factions; each consisting of diverse attributes, or create a faction of their own to establish themselves in Eos. The game gives you an opportunity to explore new worlds and new star systems filled with uncoverable secrets followed by numerous dangerous aspects. You are able to build cities and make key decisions; such as expanding influence through diplomacy or declaring war and prepare for battle on either land or in space, all depending on individual play-styles.

Pax Nova places you on a procedurally generated planet in the middle of the Eos galaxy and tells you to make your way by building a civilization. You can play as one of 15 factions split among three different races or you can create your own faction, with customizable traits. You can explore what is outside your starting planet and discover, colonise or invade new worlds. Each planet is procedurally generated consisting of diverse biomes and numerous challenges, and is packed with plenty of secrets, creatures, characters, factions and more. New diplomacy options are there to be unlocked depending on your traits, technology, specific events etc. The game also contains features such as; unique victory conditions for each player, unit and ship customization and randomly generated tech trees.

Pax Nova is developed by GreyWolf Entertainment. The game was announced on October 15, 2018 for PC. The game is planned to release in Steam's Early Access later in 2019.