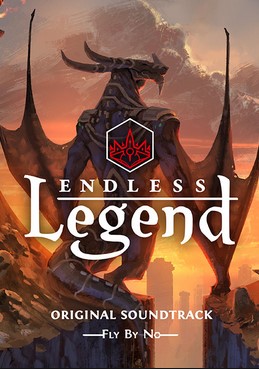 Endless Legend is a turn based 4X fantasy-strategy game developed by Amplitude Studios and published by Iceberg Interactive for Microsoft Windows and Mac OS X in September 2014. The purpose of the game is to dominate the world of Auriga with one of the eleven races/factions through either diplomacy or war while developing new technologies, exploring new lands and founding new cities.

Endless Legend is the second game made by Amplitude Studios in their Endless series of titles, following Endless Space.

The game was later published by Sega after they acquired Amplitude Studios.

Endless Legend is a turn-based 4X strategy game, in which players take control of a fantasy faction to establish an empire through exploration, conquest, diplomacy and research. The game is set in the land of Auriga, with the layout of its landmass and ecosystems being randomized per game, represented on a model-like map made up of a hexagonal grid.

The map is populated with a variety of terrain, each made up of biomes within the world which have effects on the player's units. Tiles and their layout are all randomly generated to create a unique playable world with each separate playthrough.

Fog of war covers the play space requiring exploration by the player's units to find resources, minor factions, and races that players must utilize and exploit to benefit their growing empires.

However, unlike other 4X games, the world map of Endless Legend is formed of separate regions. Once a city has been established within the borders of a region for the first time, the entire region becomes part of a faction's territory and control. At the start of each game, each faction begins with a settler unit to establish their first city and region. Regions can only host one city each within their borders.

Another aspect of Endless Legend is the progression of research. Research is cut into four areas within multiple eras. The four areas of research are military, science and industry, empire and expansion, and economy and population. Each aspect is intended to tailor the experience to the player and pushes toward that player's specific goal of victory.

Cities are where armies are raised. Armies are composed of individual units spawned by the player, with different units types having their own abilities and uses in combat. Players move armies through an action points system. Each movement and interaction subtracts one action point until the counter hits zero, at which point no further actions can be taken. The units are used for exploration, combat, diplomacy, and questing. Units in an army can be outfitted with different equipment researched and purchased by the player or found. Acquired equipment can change the statistics of a units to the player's liking. Armies can also include a hero, a powerful unit with the ability to gain skill points to temper the character to a player's playstyle.

Endless Legend also has a quest system where quests are found in the game world. Many of these are completed through the use of armies. Quests differ between factions and are the main source of story content throughout the game. Completing all of the player's chosen faction's quests is also one possible victory condition for a player. Armies can accomplish quests given by other faction for diplomacy points. Diplomacy is used to gain favor with other faction, and if enough influence points are gained alliances can be formed. On the other hand, a declaration of war between the player and another faction can also occur if a player helps that faction's enemy. Outside of both peace and war, all players begin in a state of "cold war".