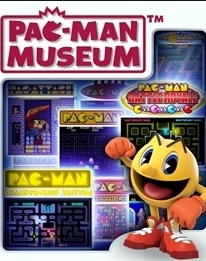 Pac-Man Museum is a compilation of Pac-Man games available on Xbox Live Arcade (Xbox 360), PlayStation Network (PlayStation 3) and Windows PC (through Steam), and published by Bandai Namco Games under the Namco brand name. It was released on February 26, 2014, but was released on Steam and the North American PlayStation Store a day earlier (February 25, 2014). It was released in Japan for PS3 and Xbox 360 on June 25, 2014. A version was announced for the Nintendo eShop, to be released on Nintendo 3DS and Wii U, but was cancelled due to "delayed development".

Pac-Man Museum received a score of 66/100 on Metacritic, a score of 6/10 on Steam and Hardcore Gamer gave the game a 4/5, calling it "the best representation of what has been a truly illustrious video game career."

Destructoid gave the game a 7/10 rating, saying "Pac-Man Museum has a bunch of middling pieces, but the addition of Battle Royale is the icing on the cake. If you've never played Championship Edition before and thus do not have DX to compare it to, it's a perfect way to re-acclimate yourself to the franchise, while you use Royale to spice up your next local gathering. Everyone else who lacks friends on-hand or has already played CE should wait for a sale, or pass this one up entirely."