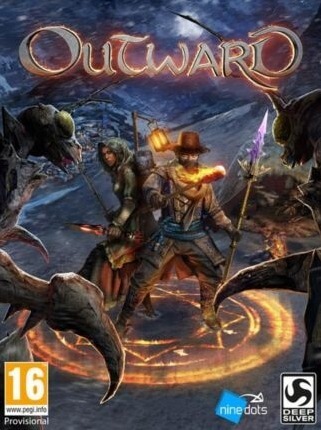 Outward is an open-world fantasy role-playing game developed by Canadian studio Nine Dots and published by Deep Silver. The game can be played in multiplayer both online and or locally (through splitscreen). The game focuses on survival as well as the concept of the player being a commoner rather than a hero, and features several survival game aspects.

Outward includes several survival aspects, such as having to carefully watch one's warmth, hunger, fatigue and thirst. It's also possible for the player character to suffer from such conditions as a cold, a disease or indigestion. Losing all of one's health in battle can lead to a variety of consequences, including being imprisoned by enemies or being brought back to safety by an NPC. The game has an auto-save system, meaning the player is unable to manually save and return to earlier saves upon death or other such setbacks. While the game has a magic system, spells were specifically designed to be challenging to obtain. Similarly, skills and stat increases must all be earned by completing quests for NPCs or paying experts to receive training.

The game starts with the player character having incurred a debt from their family. They are given five days to pay off this debt and retain the family holdings.

The main part of the story consists of three parallel storylines, all of which are perspectives of a bigger story. Main quests have time limits, though these are typically several months.

The game received mixed or average reviews according to review aggregator Metacritic.