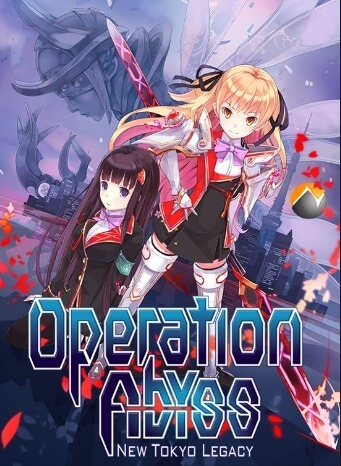 Operation Abyss: New Tokyo Legacy (東京新世録 オペレーションアビス "Tokyo New World Record: Operation Abyss", Tōkyō Shin Seiroku Operēshon'Abisu) is a dungeon crawler-role playing video game, developed in 2014 by Experience Inc. and published by MAGES and 5pb.Games in Japan and NIS America in Europe and North America. The game was released on PlayStation Vita, and can be played with the PlayStation TV and later released on Microsoft Windows.

During its launch week in Japan, the game sold 15,242 copies, placing it 5th on the weekly sales charts. A week later it would ship an additional 4,403 units, making the total amount sold after 2 weeks 19,645.

A limited edition launched alongside the game, exclusively on NIS America's online store.. It included a collectible box, art book, and soundtrack CD. Alternatively, launch editions came bundled with a copy of the games soundtrack.

Bradly Storm of Hardcore Gamer gave the game a 3.5 out of 5 saying "Operation Abyss: New Tokyo Legacy is a fine DRPG. It has all the facets one would expect from a game of its genre and manages to implement those features effectively." Chris Carter from Destructoid rated the game a 7.5/10 saying, "While I probably won't be rushing to complete it again anytime soon, it was a lengthy enough adventure that will stay fresh in my mind for some time."