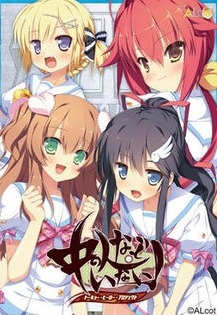 An audio CD was released by ALcot on December 28, 2012, entitled Naka no Hito nado Inai! Tokyo Hero Project Original Soundtracks. It contains the original soundtrack for the game, and contains two discs. The first disc has a length sixty four minutes long and fifty seven seconds. The second disc has a length of fifty four minutes and ten seconds. A 129-page visual fan book entitled Naka no Hito nado Inai! Tokyo Hero Project Visual Fan Book was published by Max on June 1, 2013. One volume of a manga derived from the game was published by Enterbrain on January 25, 2014, and serialized in the Tech Gian magazine. Illustrations in the manga were provided by Yamadori Ofū. It can also be read on ALcot's official site.