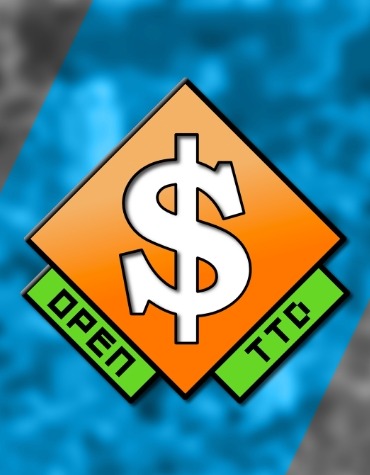 OpenTTD is a business simulation game in which players try to earn money via transporting passengers and freight by road, rail, water and air. It is an open-source remake and expansion of the 1994 Chris Sawyer video game Transport Tycoon Deluxe.

OpenTTD duplicates most features of Transport Tycoon Deluxe and has many additions, including a range of map sizes, support for many languages, custom (user-made) artificial intelligence (AI), downloadable customisations, ports for several widely used operating systems, and a more user-friendly interface. OpenTTD also supports local area network (LAN) and Internet multiplayer, co-operative and competitive, for up to 255 players.

OpenTTD is free and open-source software licensed under the GNU General Public License version 2.0 and is under ongoing development. According to a study of the 61,154 open-source projects on SourceForge in the period between 1999 and 2005, OpenTTD ranked 8th most active open-source project to receive patches and contributions. In 2003 or 2004when?, development moved to their own server. Since 2018, the project uses GitHub for its source repository and bug tracker.

OpenTTD gameplay is very similar to Transport Tycoon Deluxe, on which it is based, although there are many improvements in both options within the game and ease of use. A player's aim is to build a transportation network using trucks, buses, trains, airplanes and boats to link together industries and towns on the map and transport the cargo they produce. Every time a vehicle makes a delivery of some cargo, players receive an income, allowing them to build more infrastructure (rails, stations, etc.), build more vehicles, modify the terrain, and interact with towns, via their local authorities. The default game runs from 1950 to 2050, during which a player aims to get as high a performance rating (based on number of vehicles, income, amount of cargo delivered, etc.) as possible. The world map is dotted with both industries and towns. Cargo for transportation is supplied by both industries (e.g. the coal mine which produces coal) and towns (which produce passengers and mail) and accepted by other industries and/or towns according to their needs (e.g., the power station accepts coal). Placing a station near a source and a receiver of a certain cargo allows transportation between the two. The amount of cargo supplied by a town or industry depends on the quality of transport players provide to move its goods. Payment for delivering cargo depends on the quantity of cargo delivered, how fast it was delivered and how perishable it is. Some cargoes (e.g., passengers) must be delivered faster than others (e.g., coal) to earn a good income.

During the course of the game, players must build and expand their transport infrastructure. The only infrastructure present on the map at the start of the game are roads within towns. All other infrastructure—ports, stations, airports, rail, and depots—must be built by players. The tools for building a rail network are particularly powerful, and players have access to many different signal types to build a complex and interconnected rail network.

During the course of the game, technology improvements give players access to newer, faster and more powerful vehicles. For rail transport, new track technology also becomes available over time, first electrified rail, then monorail and maglev track. In general, newer vehicles cost more money to buy and run, and players must have earned enough money in earlier stages of the game to be able to afford to upgrade their vehicles. The full course of the default game, from 1950 to 2050, takes around 24 hours. Players can optionally start at earlier dates and play on past 2050, although no new technology becomes available.

OpenTTD can be played by one player, against a computer controlled AI, or by many players against each other, over a LAN or the Internet.

OpenTTD supports extensive modification for both single player and multiplayer games. Modifications come in the form of a "NewGRF" (New Graphics Resource File). NewGRFs package both new graphics (2D sprites) and the computer code which describes how the new graphics should be used. Many aspects of the game can be altered by NewGRFs; a NewGRF can introduce a complete new set of vehicles, new industries and the cargoes they produce, new town buildings, new rail graphics and behaviour, etc. NewGRFs, along with heightmaps, scenarios and custom AIs, can be downloaded and installed using the "BaNaNaS" in-game online content system.

Due to its use of Simple DirectMedia Layer cross-platform graphics and sound layers, OpenTTD can be compiled and run on many different operating systems. The officially supported operating systems are the 32/64-bit variants of: BSDs (FreeBSD, NetBSD, OpenBSD), Linux, Microsoft Windows (95/98/ME/2000/XP/Vista/7/8, and later), Solaris, and macOS.

Unofficially supported devices include: Android phones, the Nintendo DS, Wii, and PlayStation Portable. The game could even be played on virtual desktops, like Spoon.net.

OpenTTD has been praised for the number of improvements it has made to the original Transport Tycoon Deluxe, such as the AI, graphics, sounds, and ability to play multiplayer. OpenTTD received the most votes for Game of the Year for the 2004 Amiga Games Award. Lewis Denby from PC Gamer ranked OpenTTD 20th in its May 2011 list of best free PC games. Hungarian Unix Portal users chose OpenTTD as favourite (free) game in 2005, 2007, 2009, and 2010. In 2014 OpenTTD was named by PCGamer among the "Ten top fan remade classics you can play for free right now". In 2015 and 2016, Rock, Paper, Shotgun ranked OpenTTD 8th on its The 50 Best Free Games on PC list.