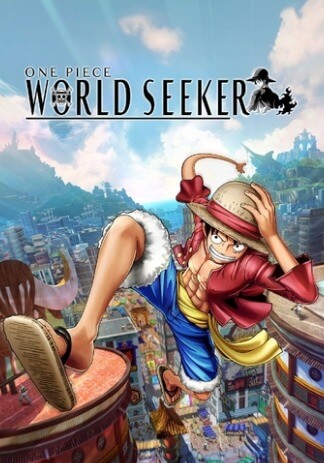 One Piece: World Seeker is an action-adventure video game based on the manga and anime series One Piece. Developed by Ganbarion and published by Bandai Namco Entertainment, the game is the first video game in the franchise to feature an open world environment. The game was released on March 15, 2019 for PlayStation 4, Xbox One and Microsoft Windows. Characters that appear in the game include the entire Straw Hat crew, Akainu, Kizaru, Kuma, Tashigi, Smoker, Sabo, Rob Lucci, and Ichiji, Niji, and Yonji from Germa 66.

One Piece: World Seeker is an action-adventure game which puts players in the role of Monkey D. Luffy from a third-person perspective. One Piece World Seeker is set in the “Jail Island,” which is located in the New World. The player will experience and wage battles in an open world environment which can be freely explored.

The game's combat features stealth elements and Luffy can use the Observation Haki to see enemies from behind walls. Techniques from the anime like Gum Gum Rocket which allows Luffy to easily traverse the world and Gum Gum Bazooka are also featured in the game. However, free roam exploration is greatly hindered by the presence of countless sniper enemies throughout the map. Any attempts to traverse through the air lead to Luffy being shot down very quickly, making ground exploration the only real option if players want to keep their health.