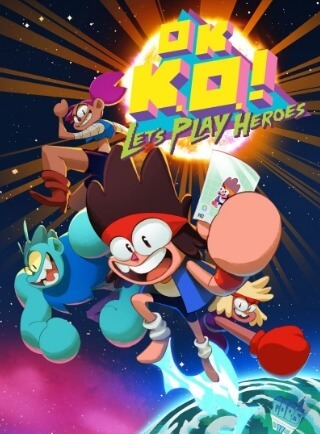 OK K.O.! Let's Play Heroes is an action-adventure beat 'em up video game developed by Capybara Games and published by Cartoon Network Games. It is based on the show OK K.O.! Let's Be Heroes and was released digitally on January 23, 2018 for Microsoft Windows, PlayStation 4, Xbox One, with a port to the Nintendo Switch launching physically in 2019.

When Lord Boxman takes away all the levels of the heroes' pow cards, K.O. must set things right and must learn at heart that he is a true hero.

During combat, taking damage or dealing damage will raise a bar towards using a special ability called a Powie Zowie, where the player will summon the character in the card and get help. Some examples include Rad, who allows players to levitate and shoot beams, and Carol, who will appear and start doing a combo in front of the player.

On December 7, 2017, the first trailer for the game was released.