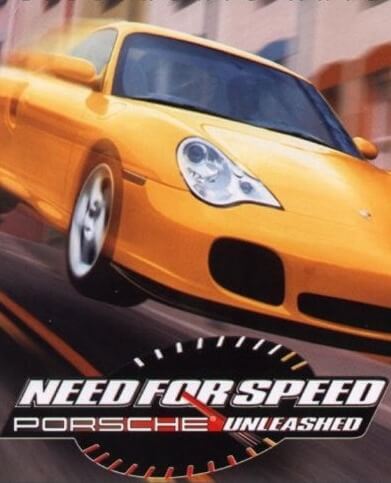 Need for Speed: Porsche Unleashed gives the player the opportunity to race Porsche cars (including 3 race cars) throughout a range of tracks located in Europe. There are two career modes, an evolution mode, where the player starts with Porsche cars made in 1955, and ends with Porsche cars made in 2000, and factory driver mode, where the player goes through a series of events like slalom, stunts, and races, using Porsche cars preselected for each event. The player can customize their cars drawing from an in-depth catalog of different Porsche as well as aftermarket parts. Unlike previous games in the series, there are no pursuit modes. Some factory driver events include police cars, but the police cars only attempt to impede the players car during certain sprint events. Four additional cars can be downloaded and added to the game, 959, GT2, GT3, and 928 GTS.

The factory driver mode introduces the first storyline in the Need For Speed series. The player's goal is to become a Porsche factory driver by completing a series of events. The game uses pop-up windows, each with an image of an existing Porsche factory team member, and text describing the next event, and also commenting on the player's progress. In some cases, a timed course such as a slalom notes the required time to pass, but also mentions the current team record, where beating the record is optional and the post event pop-up will note if the player set a new record or not. The events involve stunts, like doing two 180 degree spins (the first one leaves the players car driving backwards for a bit), slalom courses, delivery (time limited sprints with police that interfere with the player's car), normal sprint and circuit races.

Need for Speed: Porsche Unleashed received mixed to positive reviews. Aggregating review websites GameRankings and Metacritic gave the Microsoft Windows version 84.36%, the PlayStation version 74.50% and 78/100 and the Game Boy Advance version 59.25% and 62/100 In the UK, Official UK PlayStation Magazine gave the PS version eight out of ten and liked its structure, but said that many of the 70 cars were indistinguishable, and criticised the lifespan. They described the handling as "arcadey", and warned people who didn't like Porsches to "steer well clear".

In the United States, Porsche Unleashed's computer version sold 74,795 units by the end of 2000. This accounted for $2.58 million in revenue. Domestic sales rose to 340,000 copies, for revenues of $6.3 million, by August 2006. At the time, this led Edge to declare Porsche Unleashed the country's 52nd-best-selling computer game released since January 2000.

In the German market, Porsche Unleashed debuted at #4 on Media Control's computer game sales rankings for March 2000. Securing fifth place the following month, it proceeded to remain in the top 20 through June, before dropping to 27th in July and 39th in August. Sales in the region totaled roughly 65,000 units by late 2000, a figure with which Electronic Arts was "not dissatisfied", according to PC Player's Udo Hoffman. However, he noted that the title had underperformed compared to its predecessors, and was part of a downturn in computer game sales that year.