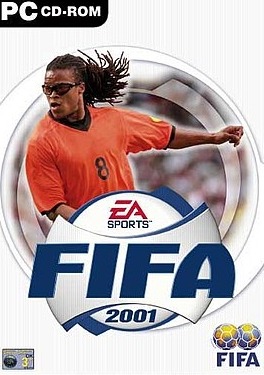 
FIFA 2001 (known as FIFA 2001: Major League Soccer in North America) is a 2001 FIFA video game and the sequel to FIFA 2000 and was succeeded by FIFA Football 2002. It features Paul Scholes in the UK cover and Ben Olsen in the North American cover. It was released on October 30, 2000 for Microsoft Windows, November 8, 2000 for PlayStation, and November 24, 2000 for PlayStation 2 (a launch title in Europe). A Game Boy Color version was planned, but it was cancelled. The game was given positive reviews.

The PlayStation version received "Gold" by from the Entertainment and Leisure Software Publishers Association (ELSPA), with at least 200,000 copies in the United Kingdom.