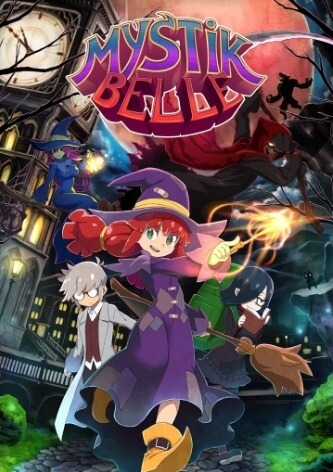 Mystik Belle is an independent platform video game by American developer Andrew Bado and released on the Steam storefront on May 15, 2015. Ports for Xbox One and PlayStation 4 were released on October 3, 2017, published by WayForward Technologies, known for their similar Shantae series. WayForward has also expressed interest in porting the game for Nintendo Switch once GameMaker Studio integration is implemented on the console.

The game is focused on the struggles of Belle MacFae, a freshman student at the Hagmore School of Magic who ends up being blamed for something she didn't do while staying up late to practice her magic. The game features pixel-art graphics and gameplay ranging between a Metroidvania and a point-and-click Adventure game, with a sprawling academy to explore and plenty of characters to interact with along the way.