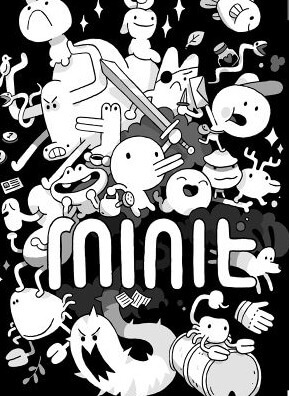 Minit is an adventure video game developed by Jan Willem Nijman, co-founder and one-half of Vlambeer, Kitty Calis, who contributed to Horizon Zero Dawn, Jukio Kallio, a freelance composer, and Dominik Johann, art director of Crows Crows Crows. They were collectively credited as "JW, Kitty, Jukio, and Dom". The game is published by Devolver Digital and was released on April 3, 2018 for Windows, macOS, Linux, Xbox One, and PlayStation 4. On May 11, 2018, a Nintendo Switch version was announced on the first episode of Indie World, a web series from Nintendo of Japan that showcases indie games coming to the Japanese Nintendo eShop. The game's premise is that each of the player's lives only lasts for one minute, resulting in "a peculiar little adventure played sixty seconds at a time". With each interval, the player will learn more about the environment. A demo for the game was presented at E3 2017.