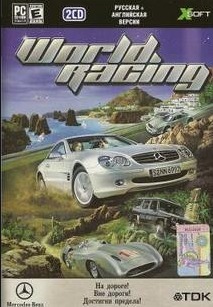 When the game was first released on Xbox, it had mixed reviews. They were similar or worse reviews to other platforms.

Reviewing for the Xbox, GameSpot's reviewer Matthew Gallant said "It's not a stunningly accurate sim, it doesn't provide the sort of overview of Mercedes-Benz cars that you'd expect, and its graphical presentation has more than a few flaws." IGN's reviewer Justin Thompson said "The ability to leave the game's tracks and explore its massive environments, however, gives it a relaxing quality that's surprisingly refreshing." Official Xbox Magazine said "With 110 cars, seven stupidly gigantic courses, amazing (if arcadey) graphics, and staggering freedom of movement (once you unlock free roam modes), it's hard not to recommend this."

A European reviewer on Xbox, Tom Bramwell, who was reviewing at the time for Eurogamer, said "It's too hard, it's a bit feebly constructed in places, and it plays too much like real driving, which, for a game laden with UFOs, is a bit of a contradiction."

Reviewing for the GameCube, N-Europe gave the game 5/10.