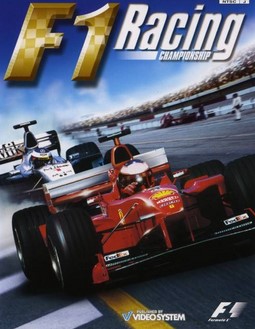 F1 Racing Championship was a game developed by Ubisoft in 2000. It featured all the 22 drivers and 11 teams from the 1999 Formula One World Championship, as well as the 16 tracks (including the brand new Sepang Circuit. The game featured great graphics and realistic handling. At the time, it was facing steep competition by the ever-popular Grand Prix 3 and the rising F1-series by ISI. The sales were behind expectations. Reasons were a poor artificial intelligence and damage model and the bug-prone initial release. A patch to fix the reported issues was announced, but never released.

The soundtrack featured "Girl Don't Come" by American/British band Garbage; the main audio sounds in the menu were replicated in Racing Simulation 3, brought out a couple of years later, which again did not sell well due to licensing issues.