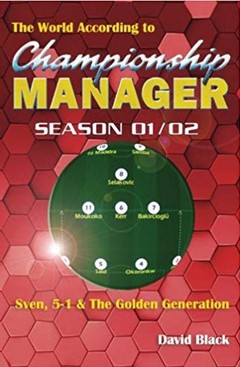 Championship Manager: Season 01/02 is a football management video game in Sports Interactive's Championship Manager series. It was released for Microsoft Windows in October 2001, and for Mac in November 2001. It was later released on Xbox in April 2002. It was released as freeware in 2008. The game allowed players to take charge of any club in one of around 100 leagues across 27 countries, with responsibility for tactics and signings. The game sold more than 300,000 copies in the United Kingdom.

Although never particularly expanding on the graphical side, Sports Interactive included many new features along with the usual updated database. Championship Manager 01/02 implemented the new EU regulated transfer system, introduced in September 2001, and also featured a new "attribute masking" mode, whereby the player could only see information about footballers they would realistically know about (also known as a fog of war).

Other new additions included the ability to send players away for surgery, player notes, player comparisons, and improved media and board interaction.

The champman0102.co.uk community has provided various patches and data updates to the game and continues to do so to this day. The ability to change game values, commentary speed, utilize coloured attributes, change the start year and many other changes have been made. The community has over 13,000 accounts and counting, and "Keeps the Game Alive".