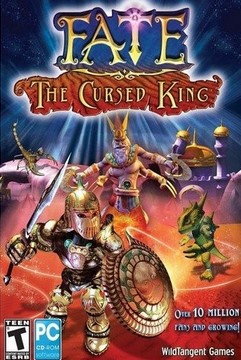 Fate: The Cursed King is a 2011 single-player action role-playing game originally released for the PC by WildTangent and is the last game in the Fate franchise. Three predecessors - titled Fate, Fate: Undiscovered Realms, and Fate: The Traitor Soul - came before this release, being released in 2005, 2008 and 2009 respectively.

All games from the serie "Fate"