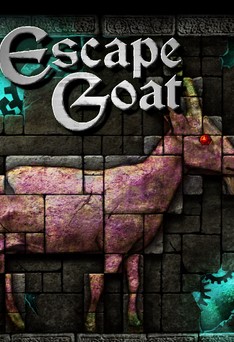 Escape Goat is a puzzle video game developed and published by independent developer MagicalTimeBean, for the Xbox 360, Microsoft Windows, OS X and Linux.

Rock, Paper, Shotgun reviewer John Walker recommended the game saying that it was short but enjoyable. GamesRadar's Lucas Sullivan also recommended the game: "With the ability to tackle levels at your own pace, and some masterfully-tuned difficulty, we can guarantee that you’ve never played a better goat-centric game."