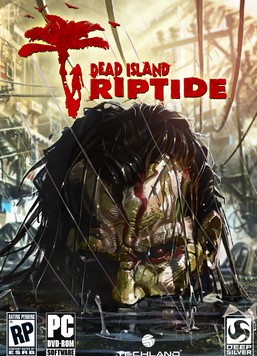 Dead Island: Riptide is an action role-playing survival horror video game and sequel to Dead Island developed by Techland and published by Deep Silver, released in April 2013 for Microsoft Windows, PlayStation 3 and Xbox 360. Riptide serves as a continuation of the story to 2011's Dead Island, with the original four survivors, plus a new survivor, arriving on another island in the Banoi archipelago, which has also been overrun by zombies.

Dead Island: Riptide received a mixed reception from critics, who cited that the game did not fix any of its predecessor's problems, nor add anything new to the gameplay. A third title and first official sequel for the series, Dead Island 2, was revealed at E3 2014. It was originally set for a 2016 release; however, since Sumo Digital took over development in March 2016, a specific release date has not yet been announced. Along with the first game, Riptide was released for PlayStation 4, Xbox One, Windows, and SteamOS under the title Dead Island: Definitive Edition.

Riptide takes place immediately after the ending of Dead Island, with the four immune survivors: ex-American football player Logan Carter, rapper Sam B, undercover Chinese spy Xian Mei, and former Australian police officer Purna. Along with international terrorist Charon and native Yerema, asymptomatic patient zero of the Banoi outbreak, the survivors land on a military ship after escaping from the prison island. They are immediately taken into custody by the Australian Defence Force Colonel Sam Hardy and Frank Serpo, a civilian VIP. Yerema and Charon are taken away separately; Yerema bites one of the ADF soldiers as she is taken away. In the ship's brig, the remaining four meet another immune survivor, ADF Sergeant John Morgan, who claims he was part of a humanitarian effort on a nearby island until Serpo showed up and halted the mission.

Passing out from sedatives applied when they were examined, the player's character wakes up to find the ship overrun with zombies. Serpo flees via helicopter shortly before the out of control ship crashes into a rock. The immune regain consciousness on the shore of the island of Palanai and are found by Harlow, a WHO researcher, who tells them the zombie infection has spread there as well. After saving a holdout of survivors, they meet Colonel Hardy again; he tells the irate immune that Serpo's organization is interested in weaponizing the Kuru strain that caused the zombie outbreak and, as with Banoi, a nuclear strike against Palanai is planned to purge the infection and cover up the evidence.

At Hardy's suggestion, the immune and several other survivors decide to travel to the city of Henderson, in hopes the nearby army base can offer help. With no intact bridges or working boats, the survivors instead investigate an underground tunnel to reach a pier. A researcher based in the jungle, Dr. Kessler, tells the immune that he believes the zombie-creating virus mutation was created by exposure to chemical weapons. He warns the player these were stored in the tunnels, and that they could act as a mutagen to turn the virus in the immune's bodies into something they can no longer suppress.

As the immune clear the tunnels, Harlow exposes a secretly-infected survivor to the chemicals to see the results; the survivor turns into a giant monster, who the immune kill. Shortly afterwards, when attacked by a holdout of escaped prisoners who have seized the pier, the survivors go into an involuntary, prolonged fury. Kessler explains on the phone that this was probably the result of fumes from the chemical weapons acting as a mutagen, but tells them they should be fine if they avoid further exposure. The survivors subsequently reach Henderson, but as they take shelter in a movie theater, Harlow abandons them.

The immune find the military base was overrun and contact Serpo; he tells them there is no nuclear strike planned, that Banoi is fine, that Hardy is not to be trusted, and agrees to send a helicopter to evacuate the survivors. Hardy freely admits he made up the nuclear strike to stir the survivors to action, and in turn insists Serpo is untrustworthy and only intends to evacuate the immune to continue his research. When Serpo's helicopter arrives, Hardy attempts to board it first to prove this. Serpo warns him to let the immune on first, then has him shot and killed. The survivors proceed to shoot the helicopter down.

Finding Serpo alive near the crash site, the immune are told that Harlow is not only immune, but also a terrorist looking to seize data and a vaccine from a quarantine zone. When the survivors storm the lab in the quarantine zone, they find Harlow; she tells them the outbreaks were started deliberately to test the virus, and there is no vaccine. Harlow, however, is in a violent rage, having had the mutagen tested on herself by the lab's staff. Convinced the immune are too dangerous to live, she takes the mutagen again and attacks them, prompting the other immune to inject themselves with it as well to kill her.

When the immune find a boat, they are greeted by Serpo again; he freely admits to orchestrating the outbreaks, but offers the immune medical help if they come with him. The immune instead leave him to the zombies and evacuate the island with the five other survivors in their party. Six days later, their boat washes up on another island, apparently abandoned. As the game ends, growling is heard from the inside of the boat, and the doorknob to the hold is turned open from the inside before the game abruptly ends. The fates of the immune and the other five survivors are left unclear.