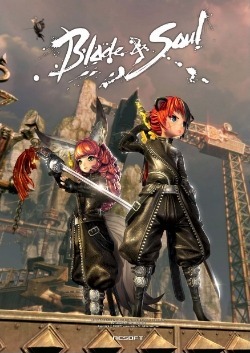 Blade & Soul features a combination of martial arts inspired combat and qinggong in an open-world environment. Players create playable characters that explore around the world by completing quests assigned by various NPCs. The game uses a real-time battle system in the third person camera view and requires players to "combo" a series of attacks, much like that of fighting games. According to NCSOFT, the game also features an innovative “Downed” mechanic, allowing players to recover from the brink of death. Players begin with “player-versus environment” (PvE) but may participate in “player-versus-player” (PvP) combat later in the game.

According to the developers, Blade & Soul will provide a highly customizable system and it has been stated that NPCs in the game were made with the character customization system. Customizations a player has access to include hair styles, facial structures, facial markings and makeup, eye color, height, and body sliders.

Weeks before the NCmedia day, NCSOFT announced a new Unreal Engine 3 based MMORPG only known by its codename Project M. For the next two weeks, a teaser website was updated revealing more information about the project.

During E3 2007, Sony revealed that they had entered into an exclusive deal with NCsoft to produce new titles exclusively for the PlayStation 3. This contract included titles from both existing intellectual properties owned by NCsoft.

In February 2010, it was announced that Blade & Soul, alongside Guild Wars 2, is being developed for release on the PlayStation 3 and Xbox 360. However, since then, there have been no updates on the development of the titles for the consoles.

The first closed beta test was scheduled for April 27, 2011, while the open beta test and commercial release were to be determined within the year.

In July 2011, Tencent gained publishing rights of Blade & Soul in China, and made its first appearance at ChinaJoy 2011. Blade & Soul launched in China on November 23, 2013 with an open beta which seamlessly moved into official launch.

The second closed beta test took place from August 29 to September 10, 2011. During this event, the Assassin class was playable for the first time.

In 2013, HTK has stated that an English version of the game would indeed be released sometime in 2014 after the China commercial launch of the new Blade & Soul anime in Japan alongside Taiwan and Russia.

NA and EU beta testing occurred over the course of five weekends beginning on October 30, 2015, and concluding on December 21, 2015.

The official launches of NA and EU servers occurred on January 19, 2016.

On May 10, 2018, NCsoft has teased a new "Blade & Soul Vision Update", the renovation project with upgrading the engine to Unreal Engine 4.