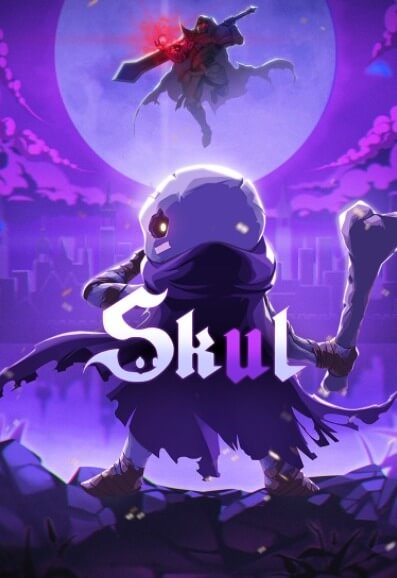 Lately, I’ve been getting into the roguelite genre. It’s the characteristically tight gameplay loop and the fact that every playthrough varies heavily each and every time that drive my interest in this genre.

Skul: The Hero Slayer is a 2D platforming action roguelite developed by SouthPAW Games and published by NEOWIZ. On the face of it, the game clearly has a lot of polish to its combat as well as a strong slew of neat, interesting power-ups.

The greater question is a matter of longevity. As a roguelite title, does Skul: The Hero Slayer manage to provide enough content and replayability to hold up in a genre exemplified by repeat playthroughs?

Starting off, the story is about a little skeleton named Skul. He serves the Demon army and sets off to save the Demon King against all odds. The aggressive human kingdom of Carleon has kidnapped the king in a large scale war.

The story is fairly intriguing albeit a bit predictable. It slowly unravels as the player defeats each boss. Mostly, I enjoyed the storybook feeling it gave off as well as the charming cast of characters, including a huge death knight that enjoys sewing and is afraid of fighting.

The 2D platforming combat is fairly reminiscent of the old MMORPG, MapleStory, but with a greater freedom of movement. Enemies tend to stack over each other, adding to the chaos and as a playthrough progresses, the messier things become due to all the special effects flooding the screen.

Sadly, this makes it hard to really focus on dodging attacks as there’s just so much going on. Skul is capable of double-jumping and dashing, setting the game at a fast pace. Past that, the combat provides a fairly nuanced action experience.

Skul can carry two skulls at a time, each having its own moveset. Skulls attacks in their own way, having unique movement animations, as well as passive and active skills. One of my favorite skulls would have to be the rock star skull, which can summon a band after continuously strumming on the guitar. There’s a satisfying animation canceling mechanic as activating skills allows Skul to skip frames. It all culminates into the previously mentioned tight gameplay loop.

All the prior points add up nicely and had the game not been a roguelite, the gameplay would have been an easy sell. However, though Skul: The Hero Slayer has a nice core gameplay loop, it just isn’t enough to maintain the repetitive nature of its macro-level roguelite structure.

The level design often repeats itself on each run adding to a strong sense of grinding. Admittedly, there was the rare occurrence where I would learn of a hidden path that would make a level easier, but that was far from the norm. The luck factor also provides a harsh sense of unfairness as there’s a clear discrepancy between the best and the worst skulls and items.

In fact, rapidly swapping between your two equipped heads and using their skills synergistically is essential. For example, you might want to play as one of the many slow but powerful melee classes like the Predator to brute force your way through combat, but you will likely need a fast-moving skull in your second slot to switch to when you get caught in a tight spot and need to make a quick exit.

Some skulls aren’t even usable without a second skull to rely upon, like the Bomber skull, whose sole purpose is to self-destruct as quickly and devastatingly as possible, forcing you into your alternate skull form.

Some of these options are powerful as soon as you find them, while others are weaker and need to be upgraded during your run until they reach their final, most powerful form, which means that you can either grind your way to greatness slowly as you progress or just get damn lucky and find an amazing skull that has you scrambling to adjust your entire build around it.

This is fantastic because it means you’re not always at the mercy of getting that lucky loot drop; you can control your own destiny by building a more common skull up over the course of your run to make it every bit as viable in the endgame.

That said, it’s still always a great feeling when something amazing does drop into your lap to instantly make you a badass, especially since you can keep your favorite parts of your previous build around in that second skull slot anyway.