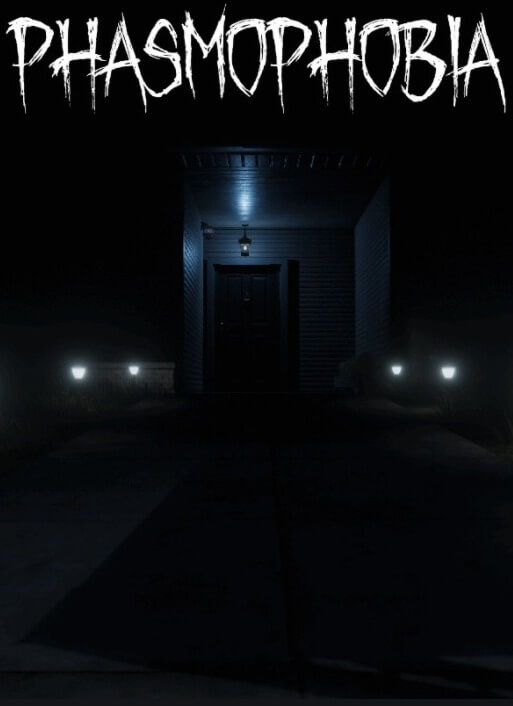 Phasmophobia is an upcoming indie survival horror game developed and published by Kinetic Games. The game became available in early access through Steam for Microsoft Windows in September 2020, along with virtual reality support.

The game received a large influx of popularity the following month due to many well-known Twitch streamers and YouTubers playing it, mainly for the Halloween season.

As of October 15, 2020, the game was the sixth-most popular game on Twitch. It was the best selling game on Steam globally for several weeks in October to November 2020.

The player takes control of one member from a group of up to four players, in the roles of urban exploring ghost hunters, who are contracted to deal with ghosts inhabiting different abandoned facilities such as homes, schools, prisons and hospitals.

The game features 12 different varieties of ghost, each of which behave differently. The ghost types are as follows: spirit, wraith, phantom, poltergeist, banshee, jinn, mare, revenant, shade, demon, yurei, and oni. In order to find out which type of ghost they have encountered, the players must collect evidence on the ghost.

The end goal of the game is not to defeat the ghosts, but to collect enough information on them, while at the end of each mission the players get paid. Players communicate through voice chat, which the ghost itself hears and reacts to.

The players can use different equipment to help their mission, such as UV flashlights, thermometers, EMF readers, CCTV cameras, crucifixes and Ouija boards. These tools can be used for different means, such as communication, investigation, protection and clue gathering.

The game was first seen on March 6, 2020 when its Steam page became live. An announcement trailer was then dropped three months later, announcing additional VR support and a release date for the early access build. On September 18, 2020, the game was released in early access for $14.

After the release, the game received two major updates regarding bug fixes in the following week. Dknighter, the founder and sole member of Kinetic Games, has stated he hopes to release the full game somewhere in 2021. However, until that happens, he plans to keep the game's price the same.

One of the developer goals for the game is to support Oculus Quest for the game, along with other game ideas such as playable ghosts. During the course of game development after the early access release, one of the main goals for the updates was to improve the ghosts' AI, making them smarter and less predictable, and consequently harder for players to deal with.

According to Kinetic Games, there are no current plans on bringing the game to PlayStation 4.

Although first releasing around mid-September, the game began to pick up steam around the beginning of October when it was being played by many notable Twitch streamers and YouTubers such as PewDiePie, SwagDracula, xQc, Pokimane, Jacksepticeye, Sodapoppin and Markiplier.

This was likely due to the game becoming early access around the beginning of the Halloween season, as well as being similar in popularity to its inspiration P.T. It could also be due to the start of the second wave of the COVID-19 pandemic causing many people to stay at home.

With the influx of players due to the large amount of popular streamers playing the game, hackers became widespread during the later weeks of the game's release, mostly by trying to jumpscare players or spawn an infinite amount of items.

One of the more concerning examples of hacking were stream snipers, who changed their player models to a more NSFW one, likely causing said streamers to receive warnings and bans for inappropriate content. The devs then began working on updates to solve the problem.

On Twitch, the game grew exponentially and even reached the top 5 most viewed game in mid October, overtaking games such Among Us, Fortnite Battle Royale, FIFA 21, and Genshin Impact.

According to online player tracker GitHyp, the game hit a peak of over 86,000 active players around October 10. The game became a Steam top-seller, and by the end of October 18, 2020, was the best selling game of that week, even beating out Fall Guys and pre-orders for Cyberpunk 2077. The game is currently the highest selling game on Steam for two weeks in a row.

Phasmophobia has received positive reviews from critics. Rich Stanton of PC Gamer called it "the best ghost game ever made", as well as declaring that it was "unlike anything else I've played", and that it "comes up with shit that'll turn you white".

Cass Marshall, writing in Polygon, also gave a positive review, describing it as "a nice, cozy kind of horror", and that "once it gets rolling, it is brilliant", while also finding that the game had numerous bugs. Jeuxvideo.com described the game as being quite original and imaginative, on top of being creepy.

They felt that the maps in the game were well thought out and that the level of progression was well paced. Whilst the review criticised the game for its animations and certain redundancies, they felt that they would likely be smoothed out with constant updates before the game's release.

A review by CBR described the game as "the perfect game for the Halloween season", praising it for its unique jumpscares, as well as for its sound design. The game has been compared to many other horror games of a similar nature, such as Friday the 13th: The Game and Dead by Daylight.