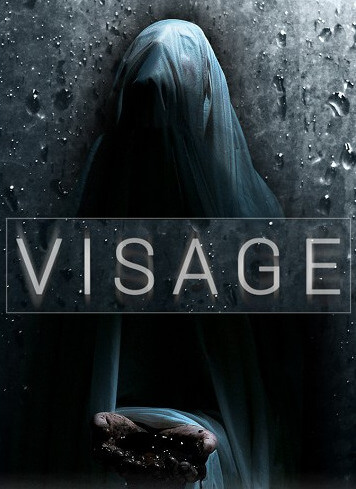 Visage is an independent survival horror video game in development by SadSquare Studio. Similar to Allison Road, the game is a spiritual successor to P.T. The game ran Kickstarter and Steam Greenlight campaigns.

Visage is set inside a large house in which terrible things have happened. Players will have to relive fragments of the house's history, each of them bringing the player closer to what is behind the dark history of the place by witnessing firsthand the "visage" each death left behind. The game is planned to be split into four chapters. As of July 2019, the first two have been released as part of the game's early access period.

Players roam the house in a first person perspective, able to manipulate objects and doors and must manage limited resources such as lighter fluid and spare light bulbs as they explore the home trying to discover the truth. Locked doors and the keys that fit them form a central part of progression through the game. The house is designed as a semi-open world, with large sections freely explorable to the player, including areas not relevant to the current chapter. Ghosts will create Paranormal Events by manipulating the house as the player explores, sometimes in scripted events, sometimes as randomized events such as light bulbs burning out or doors locking.

There are three ways to die: being killed by environmental hazards, being killed by the various ghosts and demons that inhabit the home, or losing one's sanity. Sanity, like similar systems in games such as Amnesia: The Dark Descent is decreased by witnessing enemies or paranormal events and gradually over time by staying in the darkness. The lower the player's sanity gets, the more of a foothold the ghosts have in the house and the more the player will encounter random paranormal events or hostile ghosts. Sanity can be restored by taking pills which are scattered throughout the house, or by staying in well lit areas. The game doesn't feature a health meter, so being caught results in an instant death.

The game takes place during the 1980s in a centuries-old house in a secluded town. Over the years, the property has been occupied by dozens of families. While some lived peacefully, others were brutally killed under various circumstances.

As Dwayne Anderson (the protagonist) proceeds through the environment of the house, he gathers information regarding the killings firsthand, using it to piece together the history of the house, while also avoiding the restless spirits that try to kill him.

Visage has been in development since January 2015 and was announced in September 2015. The game has been successfully financed by a Kickstarter campaign running from January through March 2016. The release date was set for 2018. According to the developers, the use of jump scares has been kept to a minimum. The players assume the role of Dwayne, who is tasked against time to investigate the house and its surroundings to uncover the dreadful truth. The game uses an atmospheric soundtrack that also gives hints and clues to alert the players about the dangers lurking in the house. The game has been said to feature multiple endings and the developers state that it's not an easy game, taking about 8-10 hours to complete the main story. As of September 12 2018, Sad Square Studio announced on their Facebook page that "we aim to release a playable version of the game this month on PC. A delay is VERY unlikely, but still possible. We'll let you know as soon as we know".

On September 25, 2018, Sad Square studio announced that the demo for Visage will be released on Steam on October 2, 2018, and an early access version containing the first chapter, centered around the violent ghost of a young girl named "Lucy", was released in October as planned.