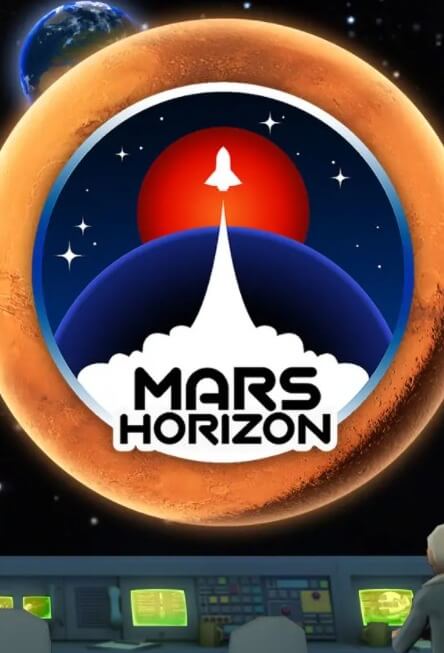 Space and space travel have fascinated mankind for the longest time. To witness this, all you need to do is look at cinema and TV and to see a slew of space travel and exploration movies ranging from the seminal “The Right Stuff” to sillier fare like “Space Camp”.

In the video-game world, there have been many games too, with Buzz Aldrin’s Race to Outer Space as an early classic, later re-implemented for the PC. There’s also the seemingly silly but actually quite deep Kerbal Space Program, which allows a person to run a fairly good approximation of a space program.

Mars Horizon takes on the idea of the space race from the first space flights of Sputnik and the Mercury program, all the way up to the first manned mission to Mars.

Horizon plays out in a turn-based manner, allowing the player to take control of one of five pre-generated agencies, ranging from NASA to the Russians and including a-historical agencies like Japan, China and the ESA, who were in truth never really part of the original space race. You also have the option to build your own space agency. Each agency has its own strengths, weaknesses and requirements but are otherwise essentially the same.

History is very much on the back-seat here, and you’ll not see famous scientists and pilots in place. Unless you rename them, Neil Armstrong won’t take his famous walk, nor will Yuri Gagarin take that historic first flight. But there’s a huge amount of depth to be found in this game.

The game is presented with a view of each planet, starting with Earth and the Moon and later expanding out to all of the inner worlds and then later on to Jupiter, Saturn and beyond.

Each planet serves as a “hub” for missions which you can research, unlock and then undertake. Additional “request” missions offer you lucrative side-quests that may grant a bonus to research, useful cash rewards, or a boost to your standing which will, in turn, boost your funding.

As you unlock a mission and set it in motion, you’ll select the payload – usually pre-determined for each mission but subject to some tweaks. Then you’ll design a launch vehicle (code for a big rocket!) to send up to deliver the mission.

Rockets are two stage affairs and must have enough thrust to reach the destination and must also carry the payload. The more often you use the same rocket, the more it levels up and becomes more reliable; you’ll even level up in failed missions.

One of the main mechanics of the game is risk versus reward as you plan to try and be the first to complete each mission, which will sometimes mean launching when the reliability of your vehicles isn’t what you’d like.

A risk-averse player may well wait until all the scores are in the 90% range, but even then the RNG gods will still swat you occasionally, though over the course of a long campaign the odds will not be overly punishing.

In addition to reliability, there is also cost. Each vehicle or payload costs money to build and you have a limited budget, boosted by yearly funding reviews which will see your income pick up if you’re performing well. Some missions will prove to be too costly to launch quickly, and whilst the request missions keep your agency busy, they cost money to launch.

You’ll also need to develop your base, with a very light base-building map where you’ll place buildings. Some buildings will have a positive effect if they are adjacent to others, so there’s some shuffling around to do here.

Also each building costs money to build and maintain and must be researched first. This element forms a fairly minor part of the game but certain things, such as recruiting astronauts, are walled off until you get the right buildings.

The research tree has three options: missions, buildings and vehicles, and does a great job of simply laying out what they do, what they’ll cost and, in an excellent quality of life tip, won’t let you advance onto a new turn till you’ve picked your new research subject; instead clicking new turn will just take you to the research tree. This is great stuff, meaning that you’ll not miss out on a turn or two’s worth of research because you weren’t paying enough attention.

And Mars Horizon demands a lot of attention. Despite its turn-based mechanics, you’ll be keeping an eye on several missions before long, and later in the game these will include long-form multi-stage missions over several months.

The missions themselves unfold in a sort of puzzle game where you have a limited number of turns to generate the required resources. You’ll need to balance power and then later heat, thrust and other mechanical elements to complete the mission, or even overachieve and you’ll find yourself earning a bonus reward.

Failed missions can, however, result in disaster but you’ll still gain some learning levels. You’ll need to rebuild all the lost components, mind you, so a big loss can really sting!

Mars Horizon has one of the best designed UI’s I’ve seen in a strategy game. Compared to the venerable Buzz Aldrin – even the recent remake by Matrix Games – Mars Horizon is far cleaner, far clearer and far more accessible.

The game doesn’t really hide anything from you and, in another very smart move, slowly drip feeds new concepts into the game bit by bit so that you can learn on the job. A full campaign of Mars Horizon is a long haul and you’ll constantly have new things to learn, new elements to manage and new resources to husband.