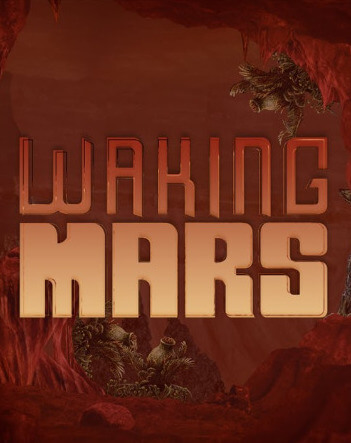 Waking Mars is a platform-adventure game produced by Tiger Style in which players jetpack through underground Mars caves and encounter a host of alien lifeforms that operate as an ecosystem. Players must master the behaviors of these creatures to create ecosystems of their own design to survive and discover the secrets of Mars' past. The game has been nominated for Best Mobile Game and Excellence in Audio in 2012 Independent Game Festival. In June 2012, Waking Mars was also named the Best Game of 2012 (So Far) by Paste.

The game was originally developed for iOS and released on iTunes in March 2012. Microsoft Windows, Mac OS X, Linux and Android versions of this game were released as part of the Humble Indie Bundle for Android 4 on November 8, 2012.

The game was released on Desura on December 5, 2012  and on Steam on December 13, 2012  after being successfully green-lit by the Steam users.