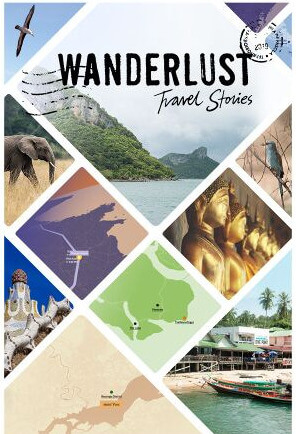 Wanderlust Travel Stories is a 2019 indie text-based adventure game developed by Different Tales and published by Walkabout Games. It was released worldwide on Windows, iOS and macOS on 26 September 2019, and is available on Steam, GOG.com, App Store and Mac App Store.

Wanderlust Travel Stories features text-based narrative, original photography and soundtrack. The game was created by Polish designers Artur Ganszyniec and Jacek Brzeziński, both known for their work on The Witcher series of games. Ganszyniec has stated that Wanderlust represents "slow gaming", a trend in game design that values thinking and feeling over skills and reflexes.

The game tells the story of four strangers who meet on a remote island and share their travel memories. The player reads their accounts and, by making choices, influences their actions, their mood and their money reserve. This affects the way the world is perceived by the characters and presented, and leads to different outcomes of the story.