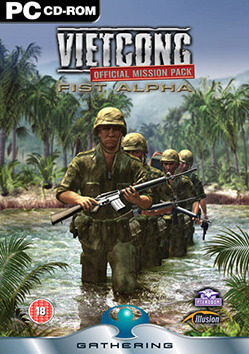 It is a prequel to Vietcong, occurring three months before the events of that game. In Fist Alpha, the main character is Sergeant First Class Douglas Warren. All the members of the team from the original Vietcong are present initially except for Le Duy Nhut (Nick). The team's pointman and translator is Vietnamese Sergeant Nham Nguyen. He is killed in action during the attack on the Nui Pek base camp on 15 May 1966 and he is replaced by Nhut.

In addition to the linear campaign, the game features several stand-alone single player maps and network and online multiplay.