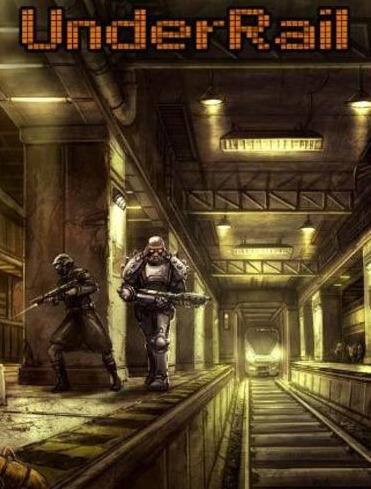 Underrail is a turn-based role-playing game developed and published by Stygian Software for Microsoft Windows. It was first released in early access in late 2012, and officially released on December 18, 2015. An expansion, titled Expedition, was released in July 2019.

Underrail is a post-apocalyptic, turn based, isometric role-playing game focused on combat and exploration. It features tactical turn-based combat, a vast underground world to explore, extensive character customization possibilities and a detailed item crafting system. Many different playstyles are allowed by the character customization options. The player controls a single character, whose development and interactions with the game world are the focus of the gameplay.

The game's ruleset is mainly inspired by the SPECIAL system from the Fallout series. It is a classless system with multiple levels of customization. Base ability scores determine a character's core potential, skills represent a character's linear progression in specific skills and feats can grant new abilities, provide passive bonuses or alter a character's existing abilities. The turn-based combat system is similar to Fallout's with more options added on top of it, such as the use of special abilities, psionics and more combat utilities. The system is intended to provide many combat options and unique playstyles.

The game is set in the far future when the Earth's surface has been uninhabitable for a long time and the remaining humans live in the eponymous Underrail metro network, where conflicting factions struggle violently to survive in the harsh underground conditions. The scarcest resources in Underrail are food and living space. There is also a greater background plot concerning the nature of time, but the game is mostly about the inhabitants of Underrail, their politics, strife and the dangers of Underrail itself.

Game engine development for Underrail begun in late 2008. The game's custom engine and development tools are built using C#, Microsoft's .NET 4.0 framework and XNA Game Studio 4.0. The game has been in full-time development since late 2009 and it was known as Timelapse Vertigo during its pre-alpha and earlier development stages. Prior to its early access release on Steam, most of the development work including design, programming, writing and graphics excluding character models and title screen, was done by Dejan Radisic. Since its initial demo version release in 2012, updated versions of Underrail were released roughly every three or four months.

The game was financed through crowdfunding, with early access sales providing additional funding. Character models and music of the game are created by freelance artists and the game uses royalty-free sound effects purchased from online sound libraries. The first trailer for Underrail was released on March 11, 2013, showcasing alpha version gameplay footage. A second trailer was released on August 6, 2014, showcasing gameplay footage from the game's most recent alpha version update.

The game was released out of early access on December 18, 2015. An expansion, Underrail: Expedition, was released on July 22, 2019, and features a new plotline based in new locations, alongside other gameplay changes and additions.