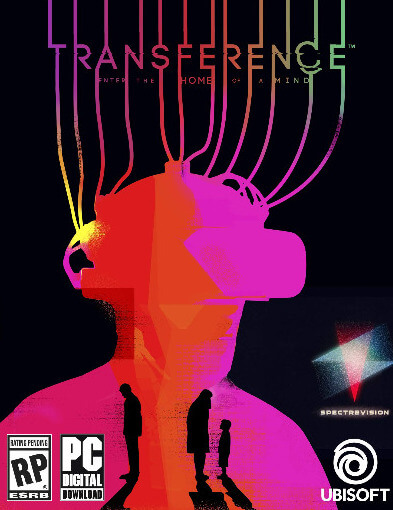 Transference is a psychological thriller adventure video game developed by SpectreVision and Ubisoft Montreal and published by Ubisoft for Microsoft Windows, PlayStation 4, Xbox One. It was released on September 18, 2018.

Transference is about a family struggling with some serious issues. It is set inside a corrupted simulation made by a brilliant but "troubled" scientist named Raymond. From the perspective of different family members, the simulation is constructed from the "brain data" of Raymond, his wife, and their young son, as they move through their home, discover their secrets and collect the evidence that they need to repair their lives.

The game was nominated for "Best VR Game" at the Golden Joystick Awards, and for "Immersive Reality Game of the Year" at the D.I.C.E. Awards.