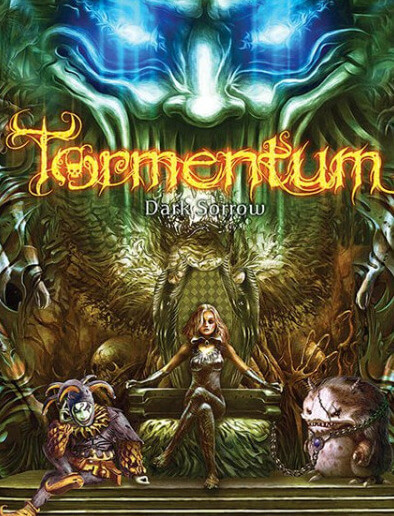 Tormentum – Dark Sorrow is a point-and-click adventure game developed and published by OhNoo Studio. The game was released for Microsoft Windows and OS X in March 2015. It was later released for Android and iOS in April 2016.

Tormentum – Dark Sorrow was developed OhNoo Studio, a three-man development team based in Poland. Tormentum's visual aesthetic is inspired by the works of painters H. R. Giger and Zdzisław Beksiński. The game was released for Microsoft Windows and OS X on 4 March 2015, after a successful crowdfunding campaign on Indiegogo and being greenlit on Steam. A game demo was made available prior to the game's full release. The game was later released for Android and iOS on 19 April 2016.

The sequel titled Tormentum II was confirmed in 2018 and was scheduled to be released on 20 June 2019, but the Steam page was updated to state it will be released in 2020.