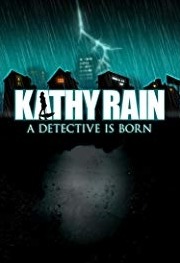 Kathy Rain is a point-and-click adventure video game. The game is set in 1995 and follows a college girl named Kathy who returns to hometown to look into a mystery related to her deceased grandfather.

Kathy Rain was developed by Clifftop Games, a one-man Swedish indie studio founded by Joel Staaf Hästö. Hästö called the television series Twin Peaks an influence for the game. The game developed using the Adventure Game Studio development tool. The game was showcased at Gamescom in 2015. The game was published by Raw Fury and released for Windows and macOS on 5 May 2016, alongside a demo. The game was later released for Android and iOS on 23 November 2016.

Kathy Rain was received favourably by video game critics. Despite the game's initial sales being underwhelming, the Raw Fury vowed to continue supporting the developer.