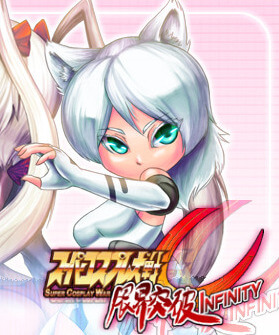 In addition to the standard fighting genre, there are extra battle modes like Battle Royale and Team Vs Team. In the EX Mode version, a player can change their style of fighting for another type before the battle starts.

Each player has a "life bar" and a "super bar". The first indicates the character's health and the second their ability to perform "Super Combos". The Super Combos consume their respective bar and can be filled up to 3 stocks. Each Super Combo has a level assigned to it, which determines how many "Super Combo" bars it will need. The four basic attacks are punch, kick, grab and air attack. The latter also performs a taunt move that cannot be blocked by air attacks and upon impact drops the opponent.

SCWU also features "Combos", where the player can perform a combo by pressing the Kick or Punch button after striking their opponent with the Punch button for a total of three hits. Combos will usually cause a character to change into various costumes during the sequence, and perform a powerful attack in the end - this final hit is usually the hardest in the sequence to connect with. These costumes range from cosplay uniforms (such as traffic cops or schoolgirls), to swimsuits, and even cosplays of other Anime characters.