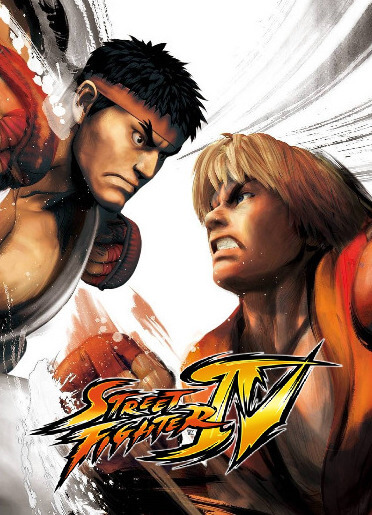 Street Fighter IV (ストリートファイター IV, Sutorīto Faitā Fō) is a 2008 fighting game published by Capcom, who also co-developed the game with Dimps. It was the first original main entry in the series since Street Fighter III in 1997, a hiatus of eleven years.

The coin-operated arcade game version was released in Japan on July 18, 2008, with North American arcades importing the machines by August. The console versions for the PlayStation 3 and Xbox 360 were released in Japan on February 12, 2009, and were sold in North American stores as early as February 16, with a February 18 intended release date. The official European release was on February 20. A Microsoft Windows version was released on July 2, 2009 in Japan, July 3, 2009 in Europe and July 7, 2009 in the United States. A version for iOS was released on March 10, 2010. Also, an Android version was launched, initially as an exclusive for certain LG devices. Then by December 31, 2012, the exclusivity expired and the game was made available for all Android devices on the Play Store, with a region restriction that makes it available only in Japan. By March 31, 2009, Street Fighter IV had sold over 3 million copies worldwide. An updated version, Super Street Fighter IV, was released as a standalone title in April 2010.

Producer Yoshinori Ono has stated that he wanted to keep the game closer to Street Fighter II. The battles in SFIV now begin with a short pre-fight intro, a small cinematic dialogue sequence which varies depending on the player's chosen character. A new system called Focus Attacks (Saving Attack for the Japanese version) has been introduced, as well as Ultra Moves. The traditional six-button control scheme has returned, with new features and Special Moves integrated into the input system, mixing classic gameplay with additional innovations.

It was intended that bonus rounds such as the car-smashing stage from earlier Street Fighter games would return. Ono later stated that the bonus stages would not be in the arcade game, citing the reason to be that the time players spend on bonus stages is time during which they have no chance of losing, which ultimately takes money from arcade operators. The bonus stages were later added in Super Street Fighter IV. There are also Rival Battles which have a cutscene between two characters (which depends on who they are) before the battle starts.

Focus Attacks, known as Saving Attack in the Japanese version, is a new system introduced in Street Fighter IV. The Focus Attack is a move that allows the player to absorb an attack and launch a counterattack, and it is performed by pressing the medium punch and medium kick buttons simultaneously. There are two phases to the attack. In the first phase, the player will shift into a new stance, at which point he or she is able to absorb a single hit from the opponent. The second phase is the counterattack. The longer the player holds down the medium punch and kick buttons, the more powerful the attack will be. If the buttons are held for long enough the attack will be unblockable and cause the opponent to crumple slowly to the ground, allowing the player to follow up with a free hit. Attacks that were absorbed during the first phase of a Focus Attack still cause damage to the player; however, life lost from the opponent's attack will be quickly regenerated afterward. In addition, during the first phase of the Focus Attack, the player may perform a dash either forward or backward to cancel the Focus Attack. Finally, at the cost of two bars of the Super Combo gauge, many Special Moves can be canceled into a Focus Attack. By executing a Focus Attack during the Special Move, the animation of the move will be cut short and go instantly into the Focus Attack animation. This allows players with precise timing to cancel Special Moves into Focus Attacks, and in turn cancel Focus Attacks into the forward dash, resulting in new combo possibilities. If a Special Move is blocked by the opponent, the new system allows players to cancel the blocked move with a Focus Attack, and then cancel the Focus Attack by dashing backward safely away from the opponent. Ono has stated that this system was incorporated in order to shift the emphasis away from combos and toward a more realistic system he has compared to boxing, in which "the skill is in reading your opponent's move before he or she starts moving ... We haven't forgotten about combos and linked moves, but focus makes it so that you have to read your opponent." The system aims to make ground attacks as viable a way of approaching opponents as jumping was in previous games. The focus system is a core part of Street Fighter IV's gameplay.

In addition to the powered-up versions of Special Moves introduced in previous Street Fighter games such as Super Combos and EX Special Moves, the game also introduces a new type of powered-up Special Move officially dubbed the Ultra Combo. Ultra Combos are long and cinematic moves featuring a lengthy combination of punches, kicks and other fighting techniques. Just as there is a Super Combo gauge, there is also an Ultra Combo gauge (officially known as the Revenge Gauge or Revenge Meter), but whereas the Super Combo gauge fills up when the player hits their opponent or performs a Special Move, the Revenge Gauge fills when one takes damage from their opponent (similar to the K Groove featured in Capcom vs. SNK 2). Along with the Super Combos, Ultra Combos are one of the only times (besides Zangief, E. Honda, Seth and Abel's command throws) the camera breaks from its normal fixed position to show a more dynamic, cinematic view of the gameplay.