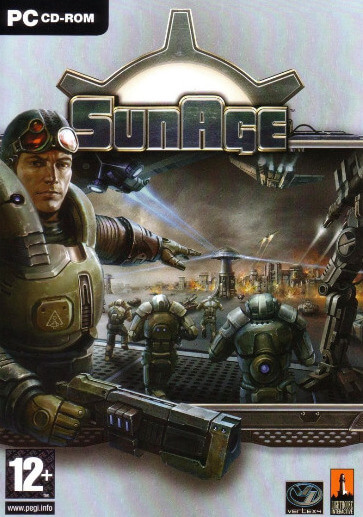 
SunAge is real-time strategy video game developed by Austrian company Vertex4 and published by Lighthouse Interactive. It has received attention due to its use of 2D sprites and backgrounds.

The Federation is all that is left of the Human race, sealed off in protective domes, away from the harsh environment of future Earth. Attempting to survive on limited resources they must fight to protect their domes while searching for Mankind's only hope, Elysium. By the time the game starts, there is only one dome left standing.

The Raak-Zun are the descendants of those who were abandoned to die in the toxic wastelands when mankind retreated into the domes. After many terrible years of mutation and hardship, a new race was born with the instinct and brute force to survive the dangers of the wasteland: the Raak-Zun. Never forgetting their betrayal, they hate the federation above all else.

The Sentinel are a race of sentient robots with unknown origin. Little is known about this faction at this time and the reason for their aggressive behavior remains a mystery. They seem to be in possession of extremely advanced technology.

The game's original European launch was met with significant criticism over a large number of bugs and the absence of multiplayer, amongst other things. After several patches a number of early bugs have been resolved, and a multiplayer mode introduced, however recent reviews continue to conclude that the game remains mediocre. On the other hand, there are some more positive reviews mainly from smaller and independent reviewing sites.