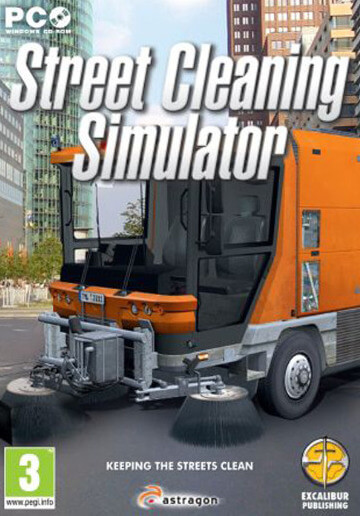 Street Cleaning Simulator (Kehrmaschinen-Simulator 2011 in the original German title) is a Windows game released in 2011 by German company Astragon, which specializes in simulation software. The game received attention after it was given a review score of 1.5 in gaming site GameSpot, and gaining a user community score of 9.1, which became a theme for jokes on the site.

The game became a running gag of some sort in GameSpot's community. In the user's review section of the game page, users used satirical remarks and praised the game in extreme ways such as 'I can't stop playing it' and 'I quit my job for it'.