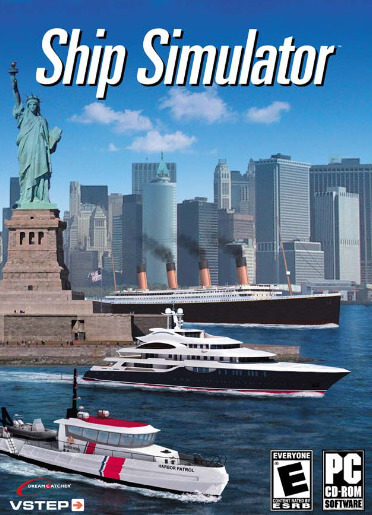 Ship Simulator is a ship simulator, a type of vehicle simulation computer game which simulates maneuvering various ships in different environments, although without the effects of wind and current. It was developed by Dutch company VSTEP and released by the former company Lighthouse Interactive, which closed down in 2009.

The first version of Ship Simulator was released in 2006 and was titled Ship Simulator 2006. The user can steer various ships, amongst others a Rotterdam water taxi, a container ship and even the ill-fated RMS Titanic, in various weather conditions and in three real-life harbours, which are Rotterdam, Hamburg and Phi Phi Islands in Thailand; a fourth harbour, New York City was later released as a free download. A game element is added to the simulation by means of forty "missions" which have to be completed as fast or as accurately as possible. Users can also design their own missions, and share with others. The game has a built-in scenario editor to create new missions.

The Official Ship Simulator 2006 Add-On was released in February 2007. This is an expansion pack with six additional ships and extra features such as ship walk-throughs.

Ship Simulator has been criticised for limitations in the replication of realistic controls and the lack of open architecture preventing users from creating their own vehicles and voyages. "Slow and mundane gameplay" and bugs have also been cited. Reviewers did comment that the game is challenging and that it has educational value. In addition, reviewers also praised the attention to detail for the scenery and boats.