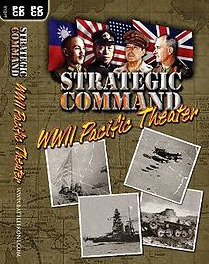 Like the previous installment, Blitzkrieg, Pacific Theater is a turn-based strategy taking place on a map divided into squares (or "tiles"). It is the first game in the series not focusing on the European Theater of World War II, but rather taking place in the titular Pacific Theater.

The main campaign lasts from attack on Pearl Harbor until 1947, and takes place on a map stretching from Novosibirsk and Bangalore in the west to California in the east, and from Bering Strait in the North to the southern coast of New Zealand in the south. The game also features eight "mini-campaigns", played on smaller maps, namely Battle of Midway, Kododa Trail, Philippines Campaign, Battles on Imphal and Kohima, Battle of Peleliu, Battle of Iwo Jima and Battle of Okinawa.