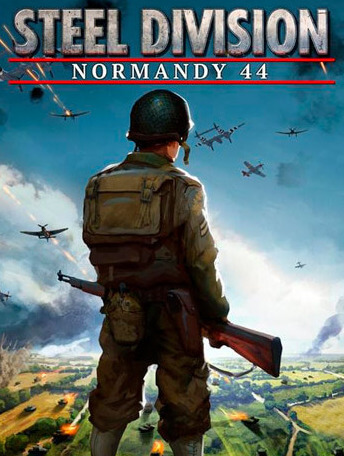 The game takes place in Normandy, France during the Second World War. It depicts the battles fought between the Allies and Germany, as the Allies push out of their invasion beachheads following the Normandy landings. A wide variety of military forces are represented, including those of Canada, Germany, France, Poland, the United Kingdom, and the United States.

Players take control of historical units, based on the divisions that fought during the fighting in Normandy, and then choose from a set of units before the start of a match. Once the game is underway, the player can call in units from the selected deck. The matches are sub-divided into three phases, with more powerful units only becoming available after a certain point in the game. Steel Division: Normandy 44 features three single player campaigns, and up to 10v10 online multiplayer battles.

A sequel was announced on July 25, 2018. Entitled Steel Division 2, the game is set during Operation Bagration.