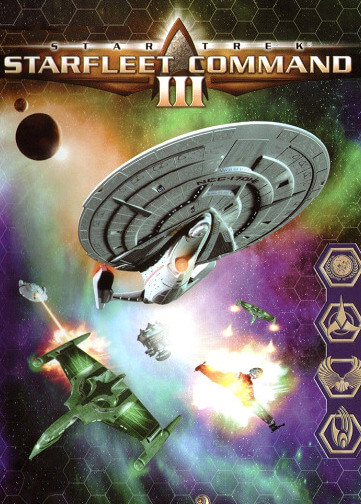 The game takes place in the Next Generation/Deep Space Nine/Voyager era, and was intended to tie into the then upcoming film Star Trek: Nemesis.

Klingon Empire - The player starts out as a young Klingon captain from a powerful House, going on errand missions, eventually escorting a convoy to a new Federation-Klingon station, Unity One. When treachery that hits very close to home is exposed, the player must prevent the destruction of Unity One and restore honor to their House.

Romulan Star Empire - Picking up where the Klingon campaign left off, the player assumes the role of a young Romulan captain under the wing of an admiral from the Tal Shiar intelligence agency, eventually joining in efforts to bring down Unity One and drive a wedge between the Federation and the Klingons. Using stolen Federation technology, the player helps to sow the seeds of chaos among the Federation and the Klingons, before finally assisting in the destruction of Unity One.

United Federation of Planets - With Unity One destroyed, and the Federation and the Klingon Empire on the verge of war, the player assumes the role of a young Starfleet captain who is recruited by Captain Jean-Luc Picard to assist in the investigation of the Unity One disaster, and bring those responsible to justice. When it becomes clear that the Romulans are responsible, the player undertakes several missions at the behest of, and occasionally assisting, Picard to eliminate the threat posed by the Tal Shiar. Eventually, the mastermind of the plot is apprehended, and the status quo between the three powers restored.

The Borg Collective was the fourth and final playable race, but their campaign had to be downloaded from the Activision website, and was unrelated to the main story campaign.