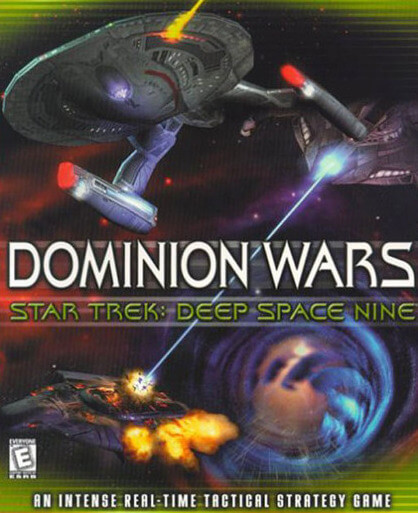 Gameplay is a mix between real-time tactics and space combat simulation. The game allows simultaneous control of up to six different ships from any of the four main combatant powers in the Dominion War - the Federation, the Klingons, the Cardassians and the Dominion. Missions include both primary and secondary objectives that allow a multitude of solutions for completion. To this end, before most missions, players may choose their ships, captains and accessories from a range of available personnel and ship classes.

Completing each mission earns the player credits, which can be used between missions to purchase new ships, more experienced captains or more powerful ship upgrades. Captains gain experience points for every mission they complete, and the more experience points they earn, the more competent they become. If a captain's ship is destroyed, although that captain will still be available for selection for the next mission, his or her experience points will have reverted to zero.

The player can issue commands to either each ship individually, or the fleet as a whole. They can also divide their fleet up into small units and issue separate commands to each unit. Players can choose how their ships attack the enemies by selecting from several pre-set patterns, and can also select what part of the enemy ship to focus their attack on (shields, engines, weapons or general). The player can also choose to divert power on their own ships from one system to another at any time. Players can also utilize transporters to send, for example, a team of engineers to help fix a damaged vessel quickly, or a team of troops to commandeer an enemy vessel.

The game can be played from either side of the conflict; the Federation/Klingon alliance or the Cardassian/Dominion alliance. Depending on which side the player chooses, the levels, missions and overall objectives are very different.

In the game's online multiplayer mode, up to 48 ships can compete in a single game. Available game modes include "Free-for-all"; "Domination", "Find the Founder", "Capture" and "Hold and Conquest".

Eurogamer's Tom Bramwell called it "a fairly bland, totally linear strategy romp through space by the numbers." He praised the online multiplayer mode and graphics, but was critical of the overly complicated controls and several recurring bugs, such as commands not registering with ships and a bug which made mid-level saves impossible in the initial release version of the game (although he acknowledged a patch had been released to fix this). He concluded that "Star Trek: Dominion Wars is an interesting, occasionally exciting game that suffers from a few notable flaws. It's not really an accurate portrayal of the final series of DS9 because it's so faceless, but it's pretty good in its own right. If you think the bugs and plodding pace won't trouble you too much, and you like the idea of piloting a band of huge starships around the universe, you could do worse than to check it out."

GameSpot's Bruce Grey was highly critical of the amount of bugs in the initial release version of the game ("Lockups, crashes, bizarre video effects, saved games that disappear for no reason--all of these issues plagued the game when it hit store shelves"). He criticized the lack of a single-player skirmish mode, as well as the rigid linearity of the game. However, he praised the graphics, sounds and camera control. He concluded that "Dominion Wars does a nice job of capturing the feel of the Deep Space Nine universe, and the show's fans will find a lot to like about it as a result. But gamers who are interested in a general space strategy game might find the strategy elements a bit thin. If you're a big fan of Deep Space Nine and just want to fight for the future of Alpha Quadrant, and you also have some patience with potential technical problems, Dominion Wars is worthwhile. But if you want a comprehensive space combat strategy game, you should look elsewhere."

IGN's Dan Adams felt that the game paled in comparison to the TV show; "the game just doesn't hold the same interest as the show. It was just soulless compared to the vibrant portrayal of the situation in the show." He too praised the graphics and sound, but was highly critical of the interface and controls, and argued that the patches released to combat the bugs failed to do their job; "even after all of the patches to fix what was a horribly buggy mess at release, the game still has a bunch of problems -- weird crashes, graphical glitches, a sticky interface and a scrolling feature that barely works just to name a few." He was also critical of the lack of tactical options, arguing that every level "comes down to overpowering your enemies either by numbers or by equipping your ships with special weapons and shield enhancements."