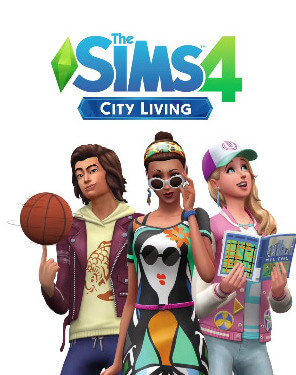 The Sims 4: City Living is the third expansion pack in The Sims 4. It was released in North America on November 1, 2016. It includes three new careers: Politician, Social media and Critic. The game also features a new world called San Myshuno where new venues (penthouses, art centre, central park, karaoke bar and apartments) are located. It takes elements from The Sims 2: Apartment Life and The Sims 3: Late Night.

On the aggregator website Metacritic, The Sims 4: City Living received a score of 78 based on 13 reviews, indicating "generally favorable reviews".

The expansion pack features songs re-recorded in the fictional Simlish language, including: