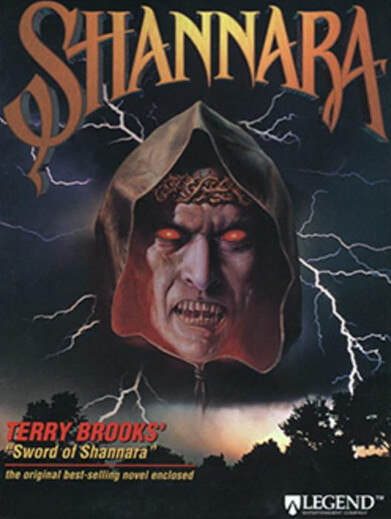 Shannara is a computer game released in 1995 for DOS and Microsoft Windows. It is based on the Shannara series of books by Terry Brooks.

Although the game contains characters from the Shannara novels, it is not an adaptation but an original story set after The Sword of Shannara and before The Elfstones of Shannara. Players take on the role of Jak Ohmsford, son of Shea. In Shady Vale, Jak meets Allanon. He tells Jak of the horrible Warlock Lord's return. Jak sets off into the Land of Shannara.

A reviewer for Next Generation panned the game, saying it fails both as an entry in the Shannara saga and as an adventure game. He opined that the story lacks the quality and depth of Brooks's novels, instead featuring a linear plot with a generic "villain's revenge" premise, while the gameplay falls short due to its bare bones combat system and its "clunky" overhead view when moving characters long distances.

In Computer Games Strategy Plus, Cindy Yans greatly disliked Shannara's role-playing mechanics, and wrote that "you really want to avoid combat at all costs." However, she praised its puzzles, characters and story, and believed that "most Legend fans" would enjoy the game if they played it as a graphic adventure.