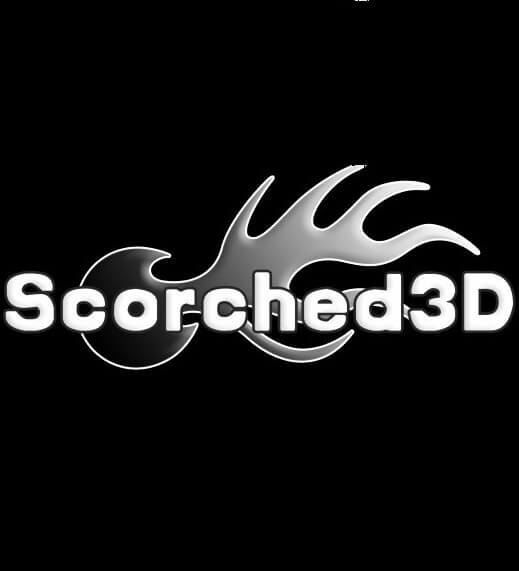 Scorched 3D is an open source game licensed under the GNU GPL, and supports numerous platforms: Windows, Unix-like systems (Linux, FreeBSD, OS X, and Solaris). It makes use of both the Simple DirectMedia Library and wxWidgets.

At the beginning of each round, AI and player controlled tanks are randomly situated on a fully deformable 3D landscape. Players then launch weapons at enemy tanks by gradually adjusting their tank's angle, rotation, and power. They may also equip shields and use defensive gadgets or countermeasures based on their current landscape position. To win, a player must kill a majority of the enemy tanks by the end of 10 rounds and have the highest score. Extra score and rewards are given for surviving the end of a round.

Another important element of gameplay, is the dynamic economy. Players may earn cash each round by damaging or killing enemy tanks and structures. The player can then use their funds to buy advanced special weapons, gadgets, defenses and fuels before the next round. Every shield and weapon is unique, and each has a variety of different strengths and weaknesses. Players can influence the economy by purchasing weapons and upgrades. The economy is designed to fluctuate based on player buying patterns.

The default mode stays true to the original gameplay formula of Scorched Earth. Nearly all classic weapons make a new 3D debut, and include:

The devastating and colorful Funky Bomb

Defense is also important on the battlefield:

Batteries allow a player to repair their damaged tank.

Parachutes prevent damage from falling (when dirt is blasted out from under a tank).

Fuel allows a player to move their tank across the 3D landscape, and is used to avoid incoming enemy weapons, attack an enemy position, scramble to cover, or to gain a more advantageous firing position.

Scorched 3D is heavily user modifiable, and supports a variety of exotic community mods that users may choose to download.

Scorched 3D allows players to view and gain stats and medals that are displayed in the scorched3d.co.uk forums. These stats appear if the player has registered their username at the forum and have linked their in game Player ID via the website's User Control Panel. Accumulated scores are based on skill, deaths, kills, and rank. The higher the rank number, the less skilled, or less active a player generally is.

Medals are gained through winning tournaments and destroying the most enemy tanks by the end of the season.

The game was downloaded alone via Sourceforge.net between 2003 and May 2017 over 2.2 million times. A 2004 review in German print magazine LinuxUser was favourable. In 2005 a O'Reilly article on "Open Source Mac Gaming" recommended Scorched 3D.