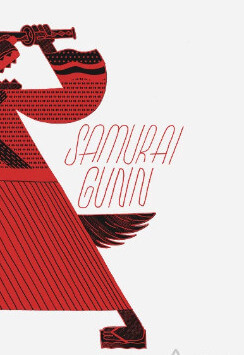 Samurai Gunn is a 2D action video game developed by Teknopants and published by Maxistentialism. The game was released for Microsoft Windows in 2013, OS X in 2015, and a planned PlayStation 4 and PlayStation Vita version are in the works. A sequel, Samurai Gunn 2, was announced for release on Windows, PlayStation 4, Xbox One and Nintendo Switch.

Samurai Gunn is a local multiplayer game that supports 2 to 4 players utilising melee and shooting mechanics as well as platforming. Players are armed with a sword and gun with only three bullets per life. A match typically consists of players defeating each other with one hit with an attack with either their sword or a bullet. Both swords and bullets can be deflected by other players with precise timing.

Teknopants' Beau Blyth came up with the concept of Samurai Gunn while watching Tommy Wiseau's film The Room and in his boredom exclaimed to his friend Jake that he would make a game. His friend replied, "Samurais. With guns."  Development of the game started the same night, in which Blyth had a working prototype running with most of the basic features. The core game was produced within a week while the full game took half a year to develop.